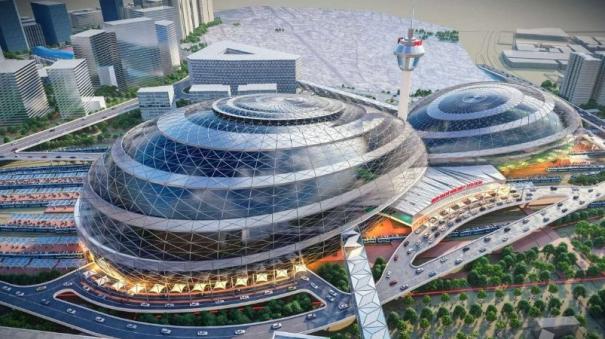 New Delhi: The Ministry of Railways has shared pictures of what the Delhi Railway Station will look like after its redevelopment. It has received mixed reviews among Twitter users.

In this case, the Ministry of Railways has shared 2 pictures on Twitter about how the Delhi railway station will look like after the redesign.

It is designed with two dome-like structures. Glass is widely used in buildings. There are flyovers around to get to and from the railway station. It also has a pedestrian overpass. An outdoor green area is also featured in the new design.

These pictures received more than 17,000 likes within hours of being shared. However, instead of solving problems like train delays and accidents, many people have commented that the railways is busy with appearances.

Some have pointed out that the project has challenges as it requires the acquisition of a lot of land. Some have criticized the use of glasses as it gets hot in Delhi in summer.

Some have accused the railway ministry of neglecting opposition-ruled states and suburban railway stations.