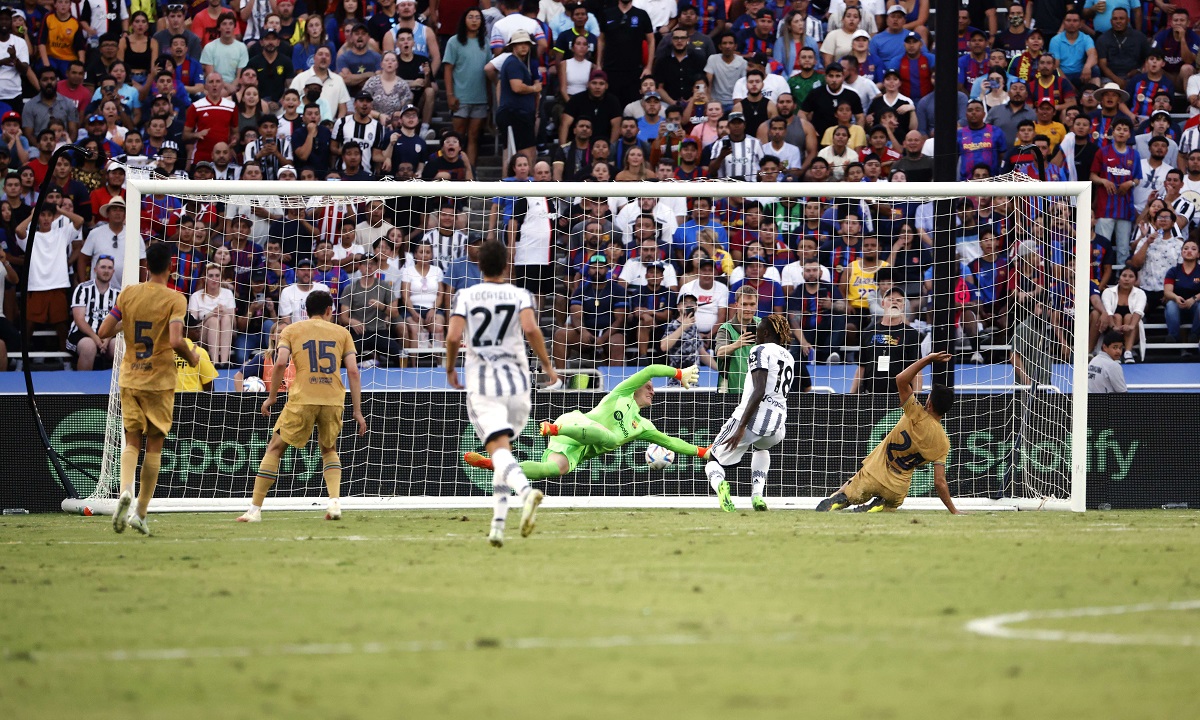 Los Angeles-AFP.
Barcelona and Juventus tied 2-2 on Tuesday in Dallas in a friendly match during their American pre-season tour, with a double by Frenchman Ousmane Dembele and Moise Kean.

At the “Coton Bowl”, Dembele put Barcelona ahead after 34 minutes, bypassing both the Colombian Juan Cuadrado and the Brazilian Alex Sandro, before scoring in the net against Polish goalkeeper Wojciech Szczny and then celebrating in an exciting way in front of the photographers.

Juventus’ response came after 5 minutes, when Cuadrado made up for his mistake in Barcelona’s opening goal by passing a cross that reached Kane, who put it in the net of German goalkeeper Marc-Andre ter Stegen.

But the Colombian made a mistake again and allowed Dembele to return Barcelona to the fore when he failed in his defensive intervention against the French player who overtook Manuel Locatelli and sent the ball into the Italian net (40).

Barcelona coach Xavi made wholesale adjustments during the two-half break, including Dembele, who left his place for the Brazilian newcomer Rafinha.
.
Despite Barcelona’s clear advantage at the beginning of the second half, Juventus, who was absent from their new-old French player Paul Pogba due to injury, managed to equalize after Kane followed the ball into the net after a double game between Swiss Denis Zakaria and Locatelli (52).

Barcelona began its American tour, which concludes on Saturday against New York Red Bulls, by defeating Inter Miami with a clean six, and then beating local rivals Real Madrid, the Spanish League and Champions League 1-0, who are still looking for their first victory in this preparatory round, after a draw on Tuesday. At “Oracle Park” in San Francisco with Club America, Mexico 2-2.