Denial of permission for ‘carbon dating’ of Shivlingam in Gyanwabi Masjid 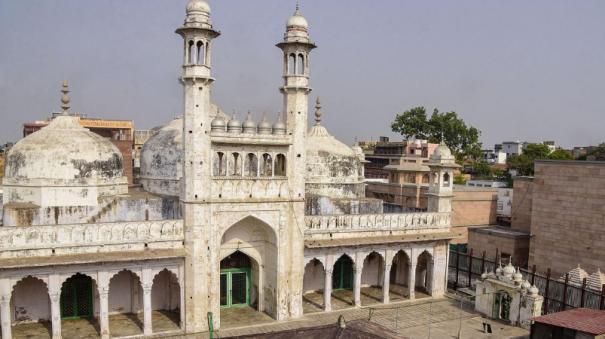 The famous Kasi Viswanath Temple is located in Varanasi, Uttar Pradesh. Adjacent to this temple is the ancient Gyanwabi Mosque. It is said that during the time of the Mughal kings, Kashi Vishwanath demolished a part of the temple and built a mosque.

In this case, on August 18, 2021, 5 Hindu women filed a petition in the Varanasi district court, demanding to be allowed to worship the goddess Singhara Gauri located on the wall of the Gyanwabi mosque.

Hearing this petition, the court ordered a field survey to be conducted at the Gyanwabi Mosque. According to this, an inspection was conducted in the mosque and a report was filed in the court last May. It mentioned that there is a Shiva lingam in the middle of the Osukana of the mosque.

The Supreme Court heard the case on May 17. At that time, the judges ordered to seal the location of the Shiva lingam in the Gyanwabi Masjid. The Varanasi district court can decide whether the case merits further trial, the judges said. Following this, the Varanasi District Court accepted the case for trial on September 12.

In this case, the case came up for hearing in the Varanasi district court yesterday. At that time, the court refused permission for carbon dating. Also, the Varanasi court has stayed this petition. Apart from that, the Varanasi court also said that there is no scientific evidence for the presence of Shiva linga in Lamal Gyanwabi Masjid.

Living things contain carbon. This carbon has an isotope called carbon-14. From this a chronology called ‘dating’ can be done.

That is, an organism decomposes into organic matter over time. According to this, we can calculate the period to which animals and plants belong by looking at the organic ratio change after they die. This is called ‘carbon dating’.

However, the age of inanimate objects like rocks and metals cannot be predicted by ‘carbon dating’. Accordingly, the Gyanvapi Shiv Lingam cannot be ‘carbon dated’ directly. However, experts have said that ‘carbon dating’ can be done through grains, pieces of wood, clothes and ropes that were worshiped when the Shiva lingam was consecrated.