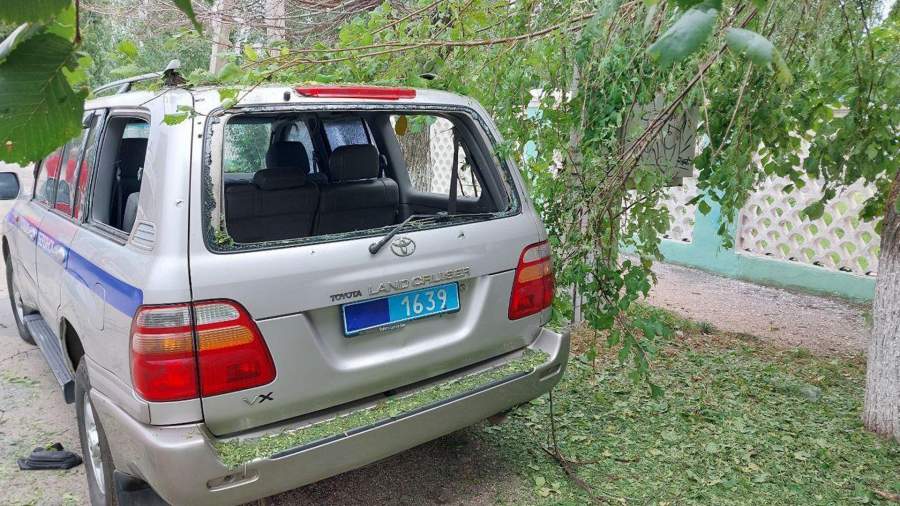 Deputy head of the traffic police of Berdyansk, Zaporozhye region, Oleksandr Kolesnikov, died from injuries received in an explosion near the Kryvyi Rih Miner health center, where refugees from Mariupol live. This was announced on August 26 by the city administration in the Telegram channel.

The investigating authorities clarified that the explosive device was stuffed with striking elements and fixed on a tree near the fence of the health center.

“The main version of the investigating authorities is a terrorist attack with the aim of attempting the life and intimidation of civilians in Berdyansk and refugees from Mariupol, since the criminals chose a socially dangerous method of murder, and the deceased Alexander Kolesnikov ended up in this place by accident,” the report says.

The administration of Berdyansk urged residents and guests of the city to be careful and immediately report all suspicious items to the police.

An explosion near the health center “Krivoy Rog Miner” in Berdyansk became known earlier in the day. It was reported that Kolesnikov was taken to the city clinical hospital with shrapnel wounds.

On August 23, it became known that Russian security forces prevented a terrorist attack by Ukrainian special services at a mass event in Berdyansk. The incident happened on July 16th. The suspect, a citizen of Ukraine Vitaliy Rastorguev, was detained until the explosive device was detonated. The man confessed.

Part of the Zaporozhye region (Priazovye) was liberated during a special operation to protect the Donbass, the beginning of which President Vladimir Putin announced on February 24. To date, more than 70% of the territories have been liberated. Under the control of Kyiv remains the administrative center of the region – the city of Zaporozhye, its function is temporarily performed by Melitopol.