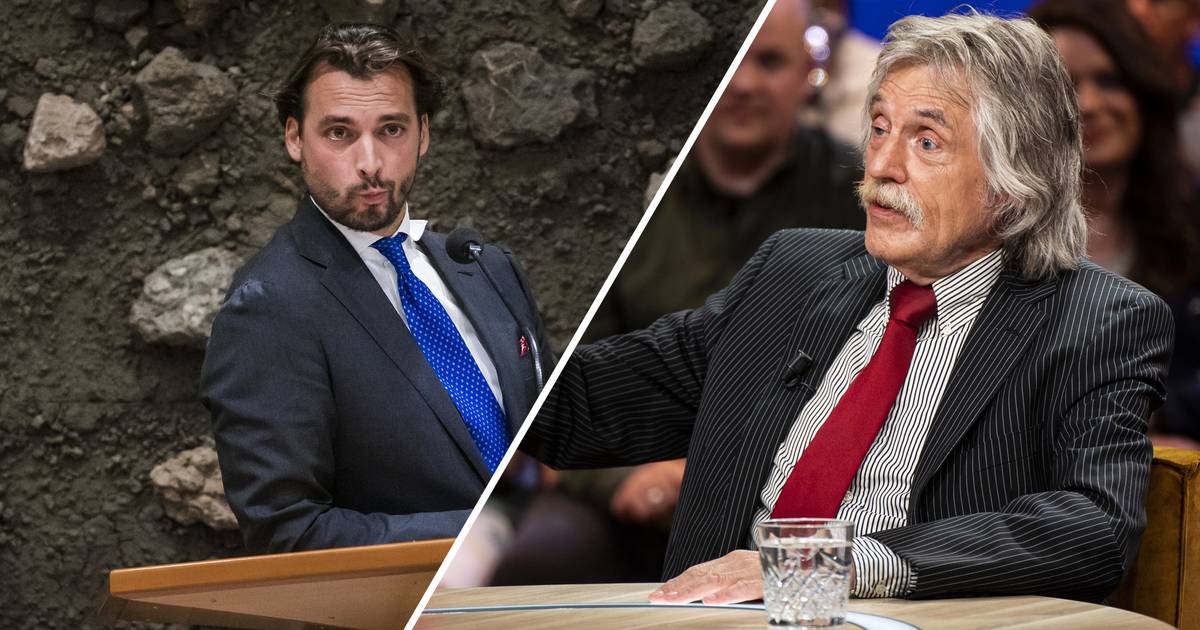 liquidation riotJohan Derksen briefly responded to the report that Thierry Baudet wants to make against him on Wednesday evening in Veronica Inside. The Forum for Democracy leader is reporting because Derksen said in his program that Baudet had to be ‘liquidated’. Immediately after his statement, Derksen said it was a slip of the tongue. In his own words, he meant ‘that they should kick Baudet out of the Chamber’.

“It’s all for the stage,” Derksen said on Wednesday evening in his talk show about Baudet’s declaration plans. Earlier, Derksen said he was surprised that there was a fuss about his comment. “All we say here is to laugh.” Derksen, however, maintains his position that, according to him, Baudet does not belong in the House of Representatives. ‘If you only drive from Amsterdam to The Hague to provoke, get out of politics’.

Last week, the Public Prosecution Service in The Hague announced that it was investigating whether Derksen made a criminal statement in the broadcast of the SBS talk show. A spokesperson for Baudet said on Wednesday that Derksen’s statement was indeed punishable according to the Public Prosecution Service. The Team Endangered Politicians (TBP) of the police unit in The Hague will prepare the report and Baudet will sign it on Thursday, according to the spokesperson.

However, the Public Prosecution Service in The Hague later announced that the so-called Team Threatened Politicians concluded that there is ‘a possible incitement’ by Derksen. “Mr Baudet was then invited to file a report.” According to the spokesperson for the Public Prosecution Service, the procedure continues in such a way that the same team, under the authority of the public prosecutor, is further investigating the matter. The public prosecutor ultimately decides whether to take the case to court or not.

Talpa, Derksen’s employer, has indicated that it does not want to respond to the matter.