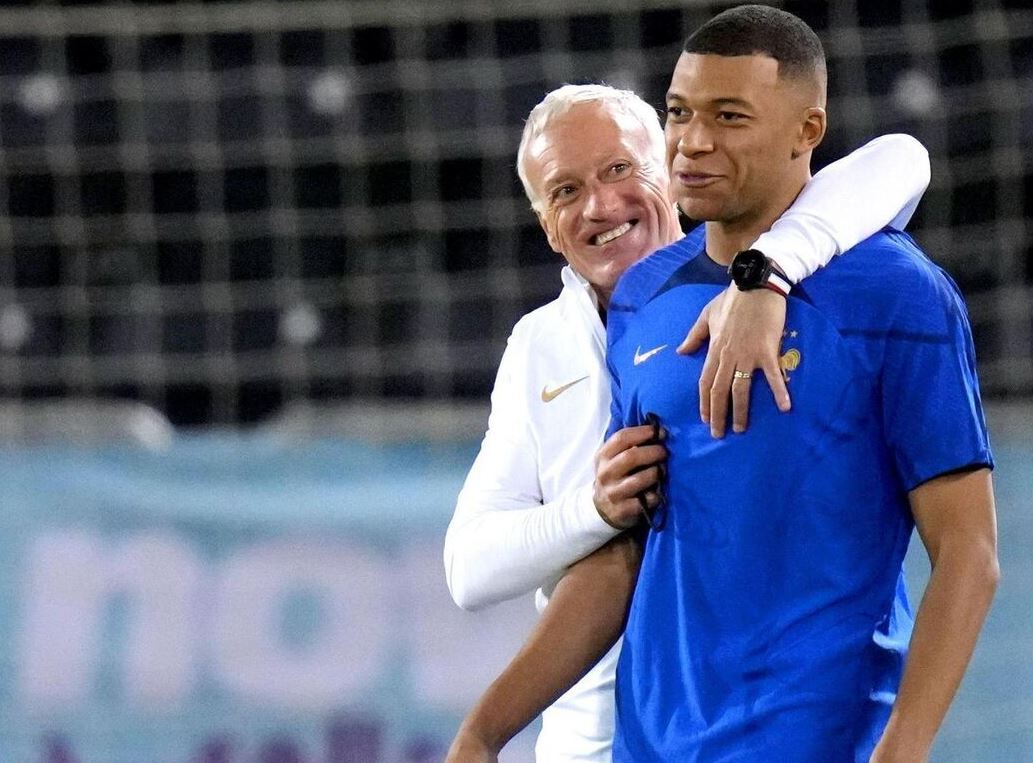 Didier Deschamps will remain coach of the France national football team until the 2026 World Cup, after leading his country to the World Cup final in the last two editions, according to what was announced today.
Deschamps’ contract, which began his career with France in 2012, ended after the last Qatar 2022 World Cup, when the defending champion finished runner-up behind Argentina on penalties after an exciting match.

Thus, Deschamps blocked the way for the historic French star, coach and former player of Real Madrid, Zinedine Zidane, who was strongly nominated as the most prominent name to take over the leadership of the French national team in the coming period. “I will announce to you something that makes me very happy, which is that my boss (Noel Le Graet) has decided to extend it until 2026,” Deschamps said during the federation’s general assembly in Paris. And the 54-year-old added, “I thank the president for his constant support and continuous confidence. This is an essential thing in the work of the French national team.”

On the other hand, the French Federation published on its official website, “The French Federation and its president, Noel Le Graet, express their happiness at announcing the extension of Didier Deschamps’ contract at the helm of the French national team until June 2026.” Deschamps was able to snatch the extension until the World Cup in the United States, Canada and Mexico in 2026, while Le Graet wanted to extend it until the 2024 European Cup in Germany, according to press reports.

The world champion in 1998 as a player and 2018 as a coach has the longest career with the French national team, ahead of Michel Hidalgo, who stayed eight years and six months, the most matches at the helm of the national team (138 compared to 79 for Raymond Dominique), and especially an impressive record that he can boast of.

He was called “Dih-Dih” two years after the Knysna scandal in the 2010 World Cup in South Africa, succeeding Laurent Blanc, and he returned the French team’s ship to safety: the quarter-finals of the 2014 World Cup in Brazil, where it lost 0-1 to Germany, which later crowned the 2016 European Cup final against Portugal. , the 2018 World Cup Russia title and then the Qatar World Cup final. His only failure occurred in the 2021 European Cup, when he was eliminated in the final price by Switzerland. He also led the French national team to the 2021 European Nations League title and is currently ranked third in the FIFA rankings. In 138 matches with France, Deschamps achieved 89 wins, 28 draws and 21 losses, and his team scored 279 goals and conceded 119 goals. The coaching staff, consisting of assistant Guy Stéphane, goalkeeper coach Franck Raviu and physical trainer Cyril Moane, will also continue his career with the French national team.