Despite his financial hardship, Barcelona announces a preliminary agreement for a huge deal 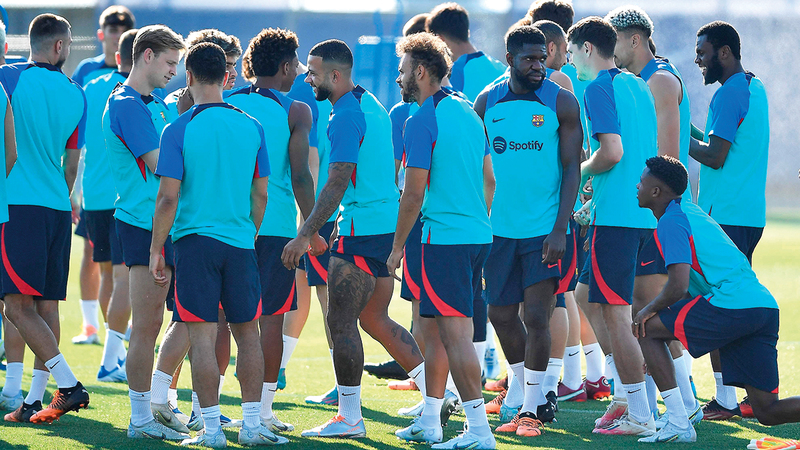 Despite his financial hardship, the Spanish club Barcelona announced that it had reached a preliminary agreement to sign the Brazilian international winger Rafinha from Leeds United, according to what was announced in a statement on Wednesday.

The value of the deal was not disclosed, but Spanish press reports indicated that it amounted to 55 million euros, plus 15 million in bonuses, over five years.

After falling prey to huge debts (more than one billion dollars in the long term), Barcelona at the end of June gave up 10% of its television rights to the American company Sixth Street for the next 25 years, for 207.5 million euros, and is expected to give up a new 15% for 330 million. Euros, according to the Catalan press, will revive his treasury to include more players who are able to make up for his disappointing last season.

“Barcelona and Leeds have reached an agreement in principle for the transfer of (…) Rafinha, pending his medical examination,” Barcelona wrote in a statement.

Rafinha was born in Porto Alegre and grew up with FC Avai, then joined Portugal’s Guimarães at the age of 19 in 2016.

Last season, he scored 11 goals and three assists in 35 matches with Leeds in the domestic league.

Rafinha was chased by English clubs such as Arsenal and Chelsea. He played his first international match with Brazil last October against Venezuela, then the qualifiers for the 2022 World Cup, with a score of nine international matches, in which he scored three goals and two assists.

In Barcelona, ​​he may face competition from French winger Osman Dembele, who is close to renewing his contract after six months of negotiations.