Despite Johnson’s apology, the contrary party surrounded him and demanded his resignation 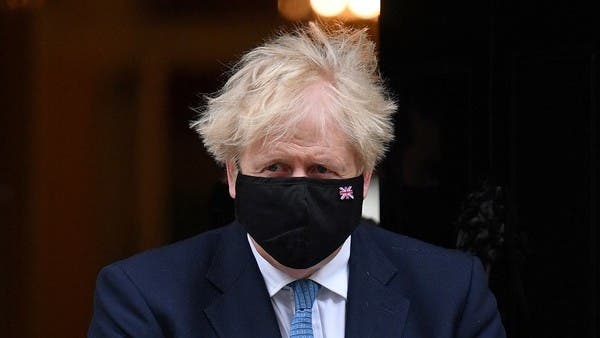 It seems that British Prime Minister Boris Johnson’s attendance of a garden party while the country imposes a coronavirus lockdown in 2020, will never go unnoticed.

The prime minister’s apology, which was made today before the deputies, did not satisfy him, as the leader of the Labor opposition, Keir Starmer, called on Wednesday for Johnson’s resignation.

At his weekly government accountability session, Starmer considered Boris’s defense of himself by saying he didn’t know he was at a party so absurd that it was, in fact, an understatement of the minds of the British people.

“Will he now have the nerve to resign?” He accused the conservative leader of “brazenly lying”.

And Starmer wasn’t alone. Johnson now faces anger from the public and politicians over allegations that he and his staff violated restrictions by communicating and meeting during the shutdown.

“An apology in hindsight”

It is noteworthy that Johnson admitted for the first time today, Wednesday, that he attended a party in the garden of his office in Downing Street in May 2020, although he said that he considered it a business meeting.

“I want to apologise,” Johnson told MPs in the House of Commons…. In hindsight, I should have brought everyone back inside.

Conducting a Behavior Check After a Violent Party

Johnson, who won a landslide victory in the 2019 election, has come under intense scrutiny over the past month after a video emerged showing his staff laughing and joking about the 2020 Christmas holiday party at closing time.

The revelation of a series of parties held at the Cabinet Office at the time of the closure sparked public outrage and prompted Keir Starmer, the leader of the opposition Labor Party, to say that Johnson lacked the moral authority to lead the country.

Johnson during a visit to a vaccination center against Corona

ITV reported that Johnson and his partner Carrie were in attendance at a party that also included 40 workers on May 20, 2020, after his private secretary, Marin Reynolds, emailed invitations to the party, which took place at a time when schools were closed as well as restaurants. and bars with strict restrictions on social gatherings.

The restrictions were so severe that the police chased people for partying and set up roadblocks.