Despite Kyiv’s response to the Russians’ advance… Zelensky: The situation is difficult in Donbass 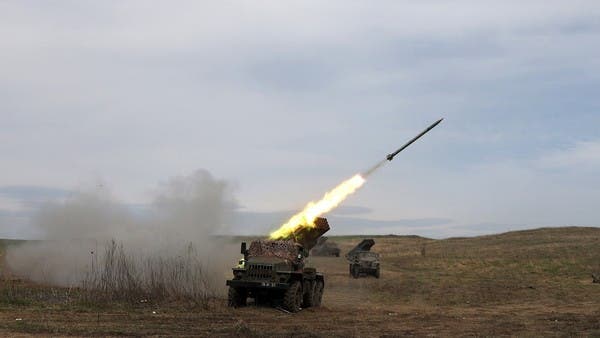 While Moscow refocuses its attack on eastern Ukraine, especially after Kyiv’s resistance to the advance of Russian forces, Ukrainian President Volodymyr Zelensky announced on Saturday that the situation in the Donbass region is still very difficult.

The president added that the Russian forces are still trying to show a victory of some kind, as he put it.

Zelensky also continued in a speech during a video clip late at night, that on the 80th day of the military operation there is Russian anger over what is happening, especially with the cohesion of the Ukrainian forces, but they (that is, the Russians) do not stop their attempts, according to what Reuters quoted the president as saying.

The president’s speech came after a video recording of the Ukrainian army showed hours ago that the Ukrainian forces destroyed several vehicles of a Russian armored column as it tried to cross a river in the Donbass region.

While the second stage of the Russian military operation launched on Ukrainian territory does not seem to be going according to the previously set schedule.

After the Russian army focused its capabilities on eastern Ukraine with the aim of liberating the Donbass region, as he put it, it does not seem to achieve what was expected in this region, which witnessed several years of clashes and unrest, according to what a number of experts said.

Moscow has concentrated 80% of its forces in the east since last March, compared to 20% before that, and has managed to redeploy a large number of armored vehicles and adapt some of the tactics of the Ukrainians.

However, despite this, Russia is facing failures in the Donbass, especially after Ukraine recently succeeded in thwarting Moscow’s attempt to cross the river to the region, which led to the destruction of dozens of vehicles and heavy losses.

It is noteworthy that Russia had announced last February 24 the launch of a military operation on the lands of its western neighbor, which it described at the time as a blitzkrieg, but the winds on the ground took place contrary to the desires of the Russian ships. It lasts months after.