Despite talks with America, Russia masses on Ukraine’s borders 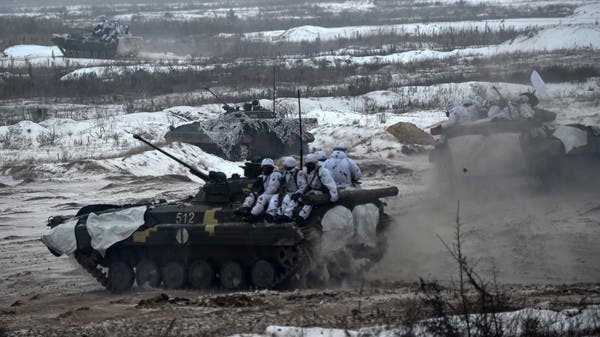 Despite yesterday’s US-Russian talks on Ukraine, nothing has changed.

Moscow has continued to reinforce its forces and military buildup on the Russian-Ukrainian border, according to informed US officials.

They also pointed out that Moscow is transporting advanced military helicopters to the border between the two countries. They noted that Washington sees Russia’s continued military build-up as a possible signal of an attack on Ukraine, according to the New York Times.

The talks that took place yesterday between Russia and the United States with the aim of defusing tensions over the Ukraine file did not lead to a consensus, especially with Moscow’s insistence on providing guarantees that would prevent the expansion of the North Atlantic Treaty Organization (NATO) towards the east, and even the retreat from the spread of the military alliance in Eastern Europe. Washington strongly rejects it.

With each side clinging to its position while Ukraine’s future hangs in the balance, Deputy Foreign Minister Sergei Ryabkov declared yesterday, after consultations that lasted for five and a half hours, that “no progress has been made on his country’s main request to stop NATO expansion,” but he stressed in The same time that his country has no intention of invading Ukraine.

In turn, Wendy Sherman, who headed the US delegation, announced that her country did not agree with the Russian proposals or demands, saying, “We will not allow anyone to stop NATO’s open-door policy towards countries that seek to enter it.”

It is noteworthy that during the past months, the United States and its NATO allies have warned against the movement of Russian forces to the border region, hinting at severe sanctions on the Russian economy if there is any invasion of Ukrainian territory.

Between Moscow and Kiev

While Moscow has repeatedly denied planning to attack its neighbor, accusing Kiev of preparing aggressive plans.

The North Atlantic countries displayed their support for Ukraine in ways that Moscow considered provocative, as they included naval exercises last November (2021) in the Black Sea, and the delivery of a batch of American patrol boats to the Ukrainian Navy.

It is noteworthy that the Ukrainian army has been engaged in a conflict against separatists loyal to Moscow in two regions on the border, after Russia annexed the Crimea peninsula to it.

Meanwhile, Kiev and its Western allies often accuse Moscow of sending troops and weapons across the border in support of the separatists, something the Kremlin has consistently denied.