Despite the halla..tear gas in Khartoum and a demonstration in Omdurman 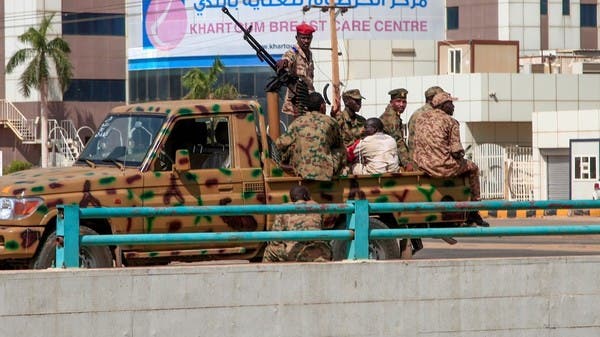 Despite the breakthrough in the political arena in Sudan during the past hours, the capital, Khartoum, witnessed a heavy security and military deployment.

The police fired tear gas at hundreds of demonstrators, who came out in support of civilian rule, despite the agreement reached between Prime Minister Abdullah Hamdok and army chief Lieutenant-General Abdel Fattah al-Burhan, according to Agence France-Presse.

She also indicated that the police fired tear gas at the demonstrators, who were chanting, “Down with the rule of the military,” near the Republican Palace in central Khartoum.

While a number of demonstrators went out in the city of Omdurman in the Abbasiya area, Al-Arbaeen Street, rejecting the decisions of the army commander, Lieutenant-General Abdel Fattah Al-Burhan.

This came after the Central Council of the Forces of Freedom and Change affirmed its adherence to its position rejecting negotiation and partnership with the military. He said in a statement today, Sunday, that he is working in all peaceful ways to bring down the exceptional military measures, calling for today’s demonstrations to be a round to tighten the screws on the military government, as he put it.

On Saturday, opposition civil coordinators called for new protests to demand the return of civil authority

Activists on social networks urged the Sudanese to go out in a “million demonstration” on Sunday under the hashtag “November 21 million”.

While the Sudanese Professionals Association, which played a pivotal role during the uprising that led to the overthrow of Omar al-Bashir in April 2019, asked the Sudanese to continue pressing for the return of the city, calling for a number of gatherings throughout the week, including today’s demonstration.

It is noteworthy that Al-Arabiya/Al-Hadath sources confirmed this morning that a meeting was held yesterday evening between Al-Burhan and Hamdok, which led to an agreement on the latter’s return to power and the formation of a technocratic government.

The information also confirmed the agreement to release all political detainees since last month.

In addition, the sources indicated that the security forces lifted all restrictions on Hamdok’s movements, and he went to the presidential palace in the afternoon to sign the agreement.

After the armed forces imposed exceptional measures, on October 25 (2021), the Prime Minister was placed under house arrest, after he arrested several politicians and civilian activists.