Despite their departure, Ronaldo and Messi are the top scorers for Juventus and Barcelona in 2021 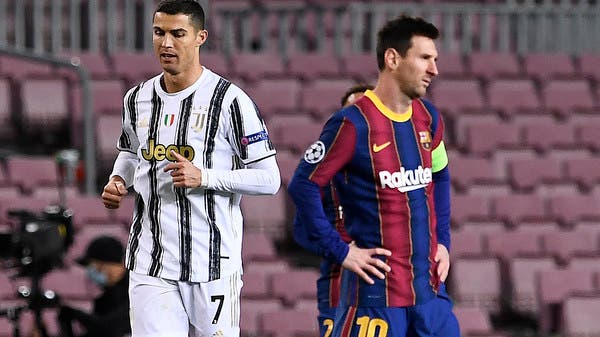 The duo Cristiano Ronaldo and Lionel Messi left together during the last transfer period to Manchester United and Paris Saint-Germain, respectively, but they are still the top scorers for their former clubs, Juventus and Barcelona during 2021.

Ronaldo scored 20 goals in the Juventus shirt, while Messi scored 28 goals for Barcelona this year.

Ronaldo has played 18 games in the Manchester United shirt since his move, during which he scored 13 goals in all competitions, while Messi’s rate was lower than his counterpart, as he visited his opponents’ net only 6 times in 16 meetings.

Juventus and Barcelona have suffered since the departure of their stars, occupying the fifth and seventh places, respectively, in their leagues, and they are 12 and 18 points behind the leaders Inter Milan and Real Madrid.

Griezmann’s second place in the Blaugrana scorers list this year is a shock to the team’s fans, as the Frenchman also left last summer and returned to Atletico Madrid, and without counting his goals, the total of the five top scorers for the team after him in the list is the total that Messi scored alone in 2021 Memphis Depay, Frenkie de Jong, Ousmane Dembele, Martin Braithwaite and Ansu Fati have scored 28 goals this year.

On the other hand, Morata comes behind Ronaldo in the list of Juventus scorers this year with 17 goals, meaning that he is 3 goals short of what Ronaldo scored, but he played in the team’s shirt 4 months more than the Portuguese.