WorldDestruction of a booby-trapped march launched by the Houthi militia towards Abha...
World 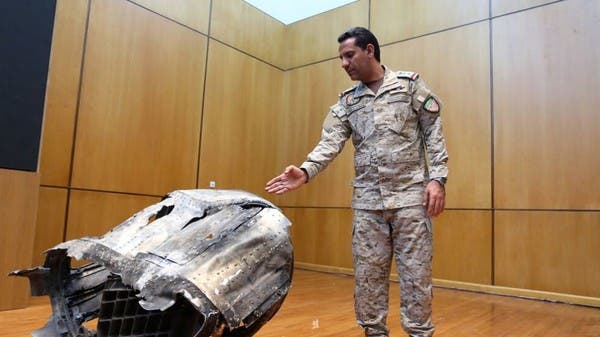 The Coalition to Support Legitimacy in Yemen announced today that the air defenses intercepted and destroyed a booby-trapped march launched by the Houthi militia towards Abha airport.

The coalition said: The Houthi militia’s violations of international law are grave, targeting civilians, and we are dealing with sources of threats firmly to protect civilians and civilian objects from hostile attacks.

On Monday, the coalition announced that the Saudi air defenses had intercepted and destroyed a booby-trapped drone that was launched towards Khamis Mushait. The coalition stressed: “We are dealing with sources of threats firmly to protect civilians and civilian objects from hostile attacks.”

It is noteworthy that Saudi Foreign Minister Prince Faisal bin Farhan stressed on Sunday that the kingdom will not hesitate to respond to any Houthi targets.

He stressed during a joint press conference with his Austrian counterpart Alexander Schallenberg in Riyadh that the Houthi militias threaten civilian facilities such as Abha International Airport and the Dammam region.

In addition, he stressed that the priority remains to bring peace to Yemen.

He also added that the Kingdom had submitted a proposal for a comprehensive cease-fire in Yemen, but the Houthis did not abide by it, and continued to threaten civilians.

Previous articleBalayya Babu ‘Rhodeism’ .. Nandamuri Natasimham with hot beauties! Well sketched ..
Next articleShocking video.. The arrest of a citizen who stole a car and ran over two girls in Saudi Arabia