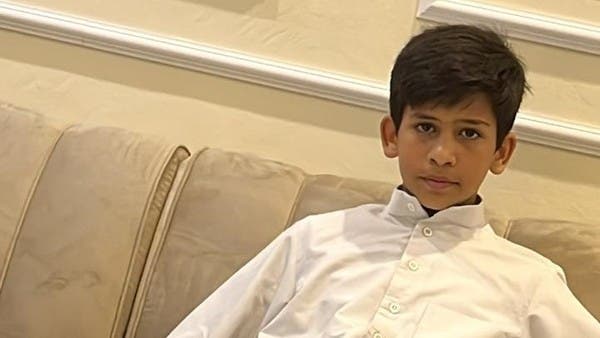 The Saudi child, Malik Al-Ruwaili, helped save a girl from certain death during a fire that broke out in her family’s house. The 11-year-old boy answered the call of a woman who was crying out for help after her house caught fire.

The owner of the burning building entered and took the child out of it, risking his life. Then he returned and entered the house in another attempt to save another child, but the second attempt failed due to the multiplication of fire.

The child’s father, Malik Al-Ruwaili, recounted the details of the incident, saying that it took place at seven in the morning while he was working on a means of transportation and stopped in the Al-Rayyan neighborhood in Arar to eat breakfast. When he stopped and while he was waiting for the restaurant to open its doors, he was surprised by the presence of smoke coming out of a house, while there was a woman screaming and saying, “My son is inside.”

At this point, Malik, who was accompanying his father, volunteered to save a little girl he found on the stairs near the entrance to the house. He then went back to the kitchen to rescue a 5-year-old boy, but he quickly got out due to the smoke that caused him to suffocate. The child died, as no one could reach him to save him.

Malik’s father indicated that the school where he was studying honored him for his heroism, and a businessman named Hammoud Al-Enezi and one of the teachers at the school honored him, who gave him a reward. He explained that this reward will contribute in one way or another to helping Malik’s family, which is suffering from difficult economic conditions.

For his part, the teacher, Bandar Al-Khamali, indicated that he strived to honor this student for his courage and bravery, and that he found cooperation from the principal of Khalid bin Al-Waleed Primary School in Arar, Fayyad Al-Matrafi, and the teacher, Hammad Al-Ruwaili.