Details of the accidental shot at Atlanta airport emerged 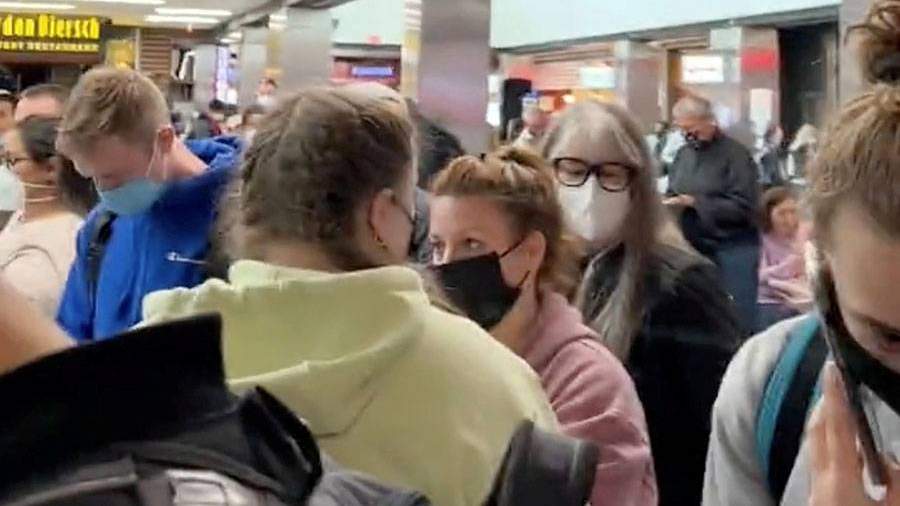 During the shooting at the Atlanta airport (USA), three people were injured. The shot occurred in a baggage screening area when a passenger was armed with a weapon, the Department of Homeland Security’s Transportation Security Administration (TSA) said on November 20.

The department said that, at about 1:30 am at the main checkpoint at Hartsfield-Jackson International Airport in Atlanta, a baggage of one of the passengers began to be screened because of a prohibited item highlighted by an X-ray.

The passenger was asked not to touch things while the inspectors were examining them, but as soon as the compartment of the bag was opened, where the prohibited item was, the passenger grabbed a firearm, after which it was discharged. Then the passenger ran out of the security checkpoint and left the airport.

This was not a deliberate shooting by an intruder, but the airport management and control inspectors temporarily suspended the operation of the air harbor. Atlanta police completed their inspection of the area by 3:20 am and said everything was in order.

Early reports of the incident pointed to three minor injuries, the department said.

“TSA 2021 found over 450 firearms at Atlanta airport checkpoints. This incident underlines the importance of checking personal belongings for dangerous items, as firearms, especially loaded ones, create unnecessary risk at checkpoints, and bringing weapons on board an aircraft can be a fatal mistake for the owner of the weapon and for hundreds of passengers. ” – stressed in management.

Earlier that day, passengers began to report on social media about the shooting at Atlanta International Airport and upload videos of people scattering in different directions, falling to the floor and covering themselves with their hands. Due to the sound of the gunfire, panic began. At first, information was spread about the shooter in the baggage inspection area. Later it was denied by the airport management.