Detentions of opposition activists began at a rally in Yerevan 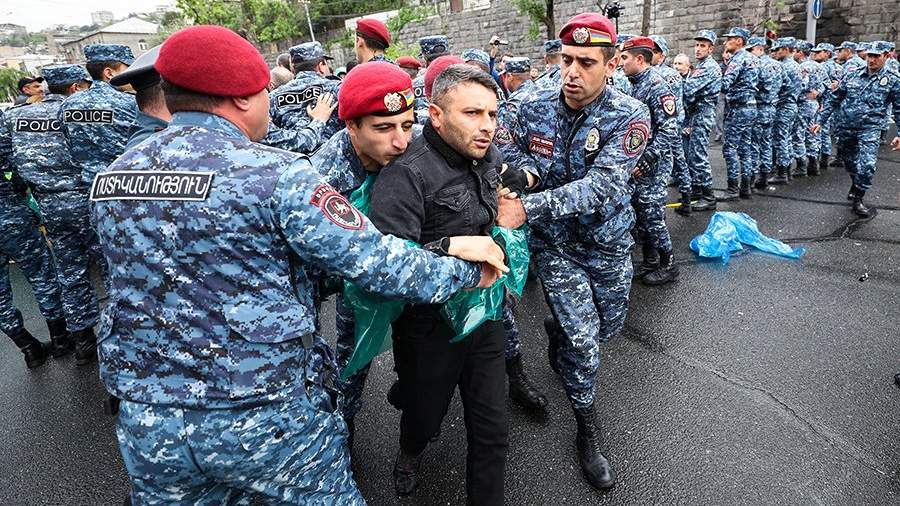 Supporters of the Armenian opposition again gathered for a rally on the streets of Yerevan, demanding the resignation of Prime Minister Nikol Pashinyan. This was reported on Tuesday, May 3, by the news agency News.am.

Activists blocked a number of streets in the city center and on the outskirts, as a result, traffic jams formed throughout Yerevan.

The Armenian police began to detain the protesters. Periodically, law enforcement officers manage to unblock the streets, but new groups of activists block them again.

Anti-government actions, marches and rallies have been held in Yerevan since April 17. The protesters express disagreement with the position of Pashinyan, stipulated by him in parliament on April 14, which is the need to “lower the bar on the status of Karabakh” and sign a peace agreement with Azerbaijan.

On May 1, the vice speaker of the country’s parliament, a member of the Dashnaktsutyun party, Ishkhan Saghatelyan, said at a rally that the Opposition Party of Armenia intends to start round-the-clock protests from May 2 in Yerevan in order to seek the resignation of the country’s prime minister.

The next day, supporters of the Armenian opposition gathered for a rally in France Square in Yerevan. They called for Pashinyan’s resignation and said that after that everything in the country would “automatically normalize.” Then it was reported about 125 detainees at the protest.

The issue of the status of Nagorno-Karabakh is discussed at the highest level of the heads of three states – Russia, Armenia and Azerbaijan. As Alexander Iskandaryan, director of the Yerevan Caucasus Institute, told Izvestia on April 19, the meeting of Russian President Vladimir Putin with the Armenian Prime Minister, which took place on the same day, is an attempt to take a step towards stabilizing the situation in Nagorno-Karabakh. According to him, the situation in Nagorno-Karabakh is quite complicated, it cannot be called calm, since clashes and skirmishes occur from time to time.

On April 7, Pashinyan and Azerbaijani President Ilham Aliyev instructed the foreign ministers of the republics to begin preparations for peace talks.