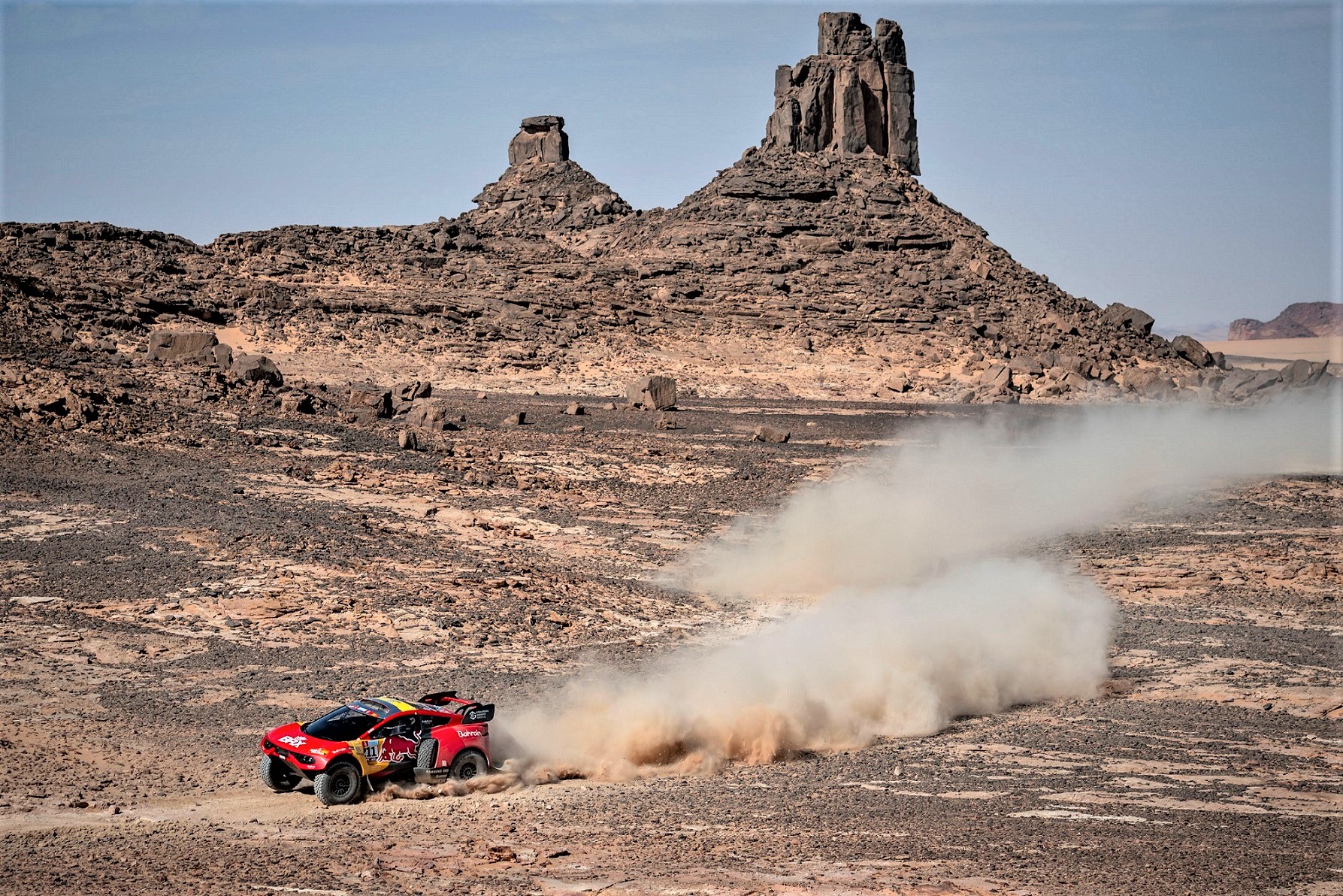 Sebastien Loeb remains the biggest threat to Nasser Al-Attiyah as the Dakar Rally heads towards its climax after another great day for Team Bahrain Red Extreme in Saudi Arabia.

And while there is still a huge gap between rally leader Al-Attiyah and his closest rival, the dangerous nature of the tracks over the past three days means the battle for victory in the world’s toughest rally is far from over.

Loeb’s teammate in Bahrain Red Extreme Orlando Terranova and co-pilot Dani Oliveiras in another Prodrive Hunter car had just passed a minute outside the top 10 in the 287km ninth stage, but more importantly moved up the overall standings once again to fourth.

Two-time Dakar Rally winner Nani Roma confirmed his recovery from the first week’s setbacks to ensure that his co-chair Alex Haro, in a third Prodrive Hunter car, finished the stage in the top ten before stopping at the night camp in Wadi Al Dawasir.

The Spanish duo drove through massive amounts of dust left by other cars in their tracks, which quickly passed through a particularly difficult rocky section.

Loeb continued, “It was a good stage where we pressed hard from the start, and we had a puncture because I’m pushing for time, so we had to change the wheel, but that was the only thing today.”

He added, “I will continue to press hard, and I will focus on achieving good stage times and we will see when we reach Jeddah, but we have some time to compensate at the moment.”