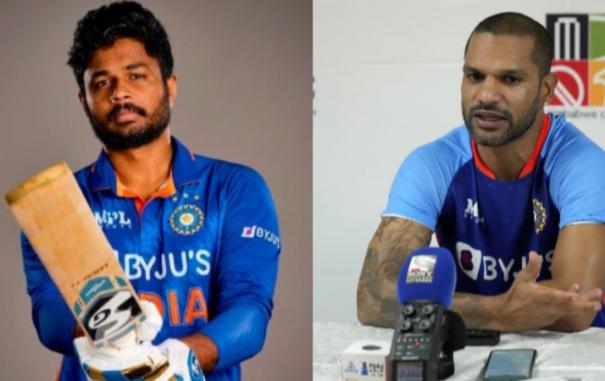 Captain Shikhar Dhawan has shared his opinion on Sanju Samson’s chances in the Indian playing XI. Dhawan will lead the Indian team in the ODI series against New Zealand.

The Indian cricket team is playing a cricket series on tour in New Zealand. Both the teams played in T20 series recently. India won the series. In this situation, the 3-match ODI series will start tomorrow. Dhawan has said this in this context.

“I know most of the players have gone through that tough phase in their career where they have played well in the last few series and don’t get a chance in the playing XI. Sanju Samson is there now. The coaches and captain should talk to the players. Only then will players like Sanju get a clear understanding of why they were not picked in the team.

Basically, this is a decision made for the benefit of the team. The playing eleven can be determined depending on the team’s combination,” said Dhawan.

Sanju Samson made his debut in the Indian team in 2015. So far he has played a total of 10 ODIs and 16 T20Is. This wicket keeper batsman from Kerala has scored 294 runs in ODI cricket and 296 runs in T20 cricket.