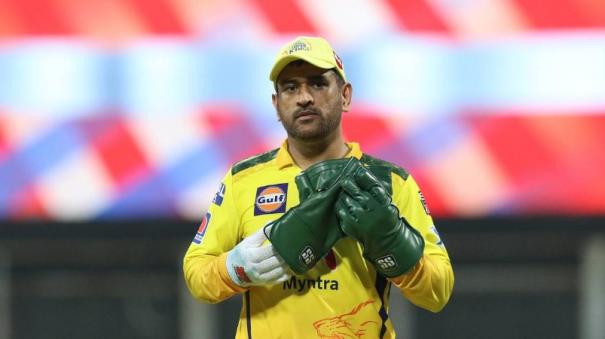 Ranchi: Former Indian cricket captain Mahendra Singh Dhoni is being treated by an Ayurvedic doctor for knee pain. It is customary for the doctor to sit under a tree and give treatment.

Earlier, Dhoni’s parents had sought treatment from the doctor. They are said to have benefited from that treatment. Dhoni has been meeting the doctor regularly. According to a news agency, he had bought a dose of medicine for 40 rupees saying that he had pain in both joints during the meeting.

The name of the Ayurvedic doctor is said to be Vandan Singh. He is very popular in that area. He can mix different herbs in milk and give it to his patients. He said that Dhoni had bought him medicine last month and he did not know when he would come back next time.

At first he said he did not recognize Dhoni. Doctor Vandan Singh said that he was identified as Dhoni only when people tried to film him. It is noteworthy that Dhoni has said that he will also participate in the upcoming 2023 IPL series.