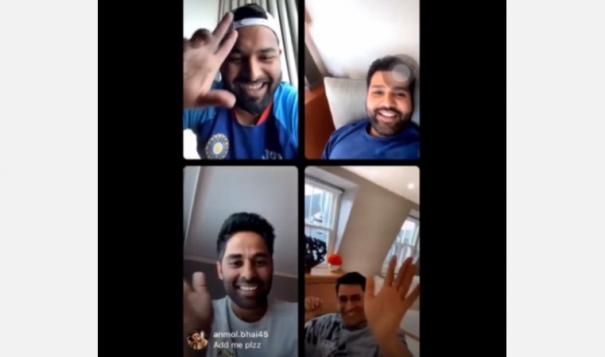 Dhoni, the captain of the Chennai Super Kings team, is fondly called ‘Tala’ by fans. He rarely makes an appearance on social media. He is currently touring Europe with his family.

In this case, Dhoni randomly joined the Indian team’s wicketkeeper batsman Rishabh Pant’s Instagram live. Dhoni, who appeared for just a few seconds, cut off the live link without saying a word.