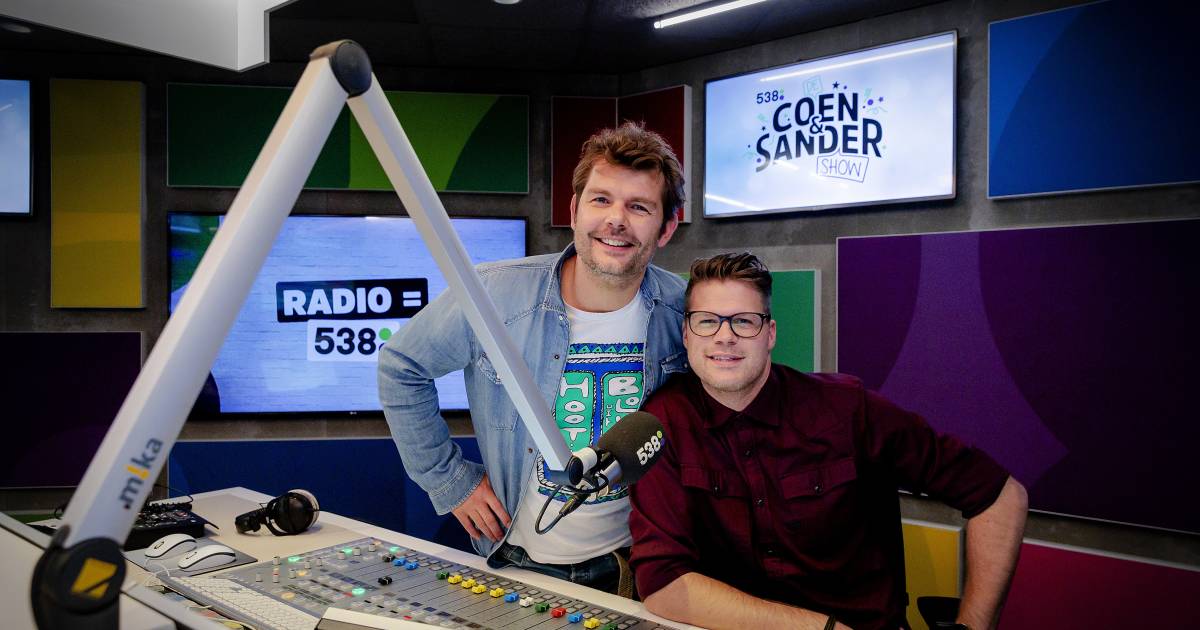 Coen Swijnenberg and Sander Lantinga have reluctantly and hopefully presented their daily show on Radio 538 for the very last time. The two emphasized again that it is not their decision to stop, but mainly looked ahead. The band Di-rect from The Hague honored the duo live in the studio with an appropriate song.

They promised an ‘edifying word’ just before 7 p.m., but the farewell was much more marked by what Coen and Sander said before. The slightly mocking Coen about yet another smooth Radio 538 hit he had played, the comment that he didn’t feel like going to newsreader Jo van Egmond for the last time.

Because her news block ushered in the last half hour of Coen and Sander almost every day for sixteen years. The two continue solo and can only be heard together on Friday from the fall. Not their choice, they repeated after questions from listeners via the 538 app. But that’s clearly not what the goodbye should be about.

The duo thanked the listeners for all those years of sympathy and the countless messages today. Sander praised the medium of radio, which he loves so much. The last song could only be one. Times are going to change and Di-rect once sang about that Times are changing, the band’s first single with singer Marcel Veenendaal after Tim Akkerman left. He remained active after that, but with less success than his former band.

You just have to make sure, when things change, that you are not the Tim, but the Di-rect

†Times are changing, and even if you have not chosen it yourself, it can still be good”, concluded Swijnenberg (42), who now makes the lunch show on the channel on his own, closed the program. ,,Because change also brings new energy, new things, and that is of course always positive. We are really looking forward to that.” Lantinga (45), who will present the afternoon show on Radio Veronica after the summer, joked: “You just have to make sure, when things change, that you are not the Tim, but the Di-rect .”

The DJs kept it light and dry during the show, which was full of recorded congratulations from celebrities. Their beloved newscaster Jo got a little upset. ,,Thanks for all the years that I have been able to enjoy you guys,” she said emotionally. “It was a wonderful adventure with you.”

The decision to stop the daily show came like a bolt from the blue for the duo. “There should be more music in this placedriven afternoon program, we were told,” Lantinga told this site. The two are critical of it. ,,I think that Radio 538 would benefit more from stability”, said Sander. ,,Last December the morning programming changed, before that the day before and now also the afternoon. I sincerely hope that it will pay off, but of course this doesn’t look very stable to the listener.”

And Swijnenberg: ,,The foundation of your channel is the morning and afternoon show. With television you can already tell after one or two episodes whether it works. Radio is slow business. You can only judge in half a year. I understand that something has to be done, but I think it’s a dangerous choice. You have to watch out for a 3FM scenario. That there is too much messing around and listeners lose their grip on the station.”