Diaz: I love the pressure of number 10 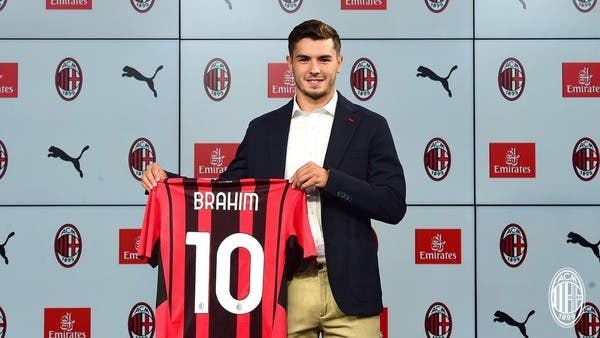 Brahim Diaz hopes to inspire him to wear the No. 10 shirt at Milan to shine in the new season, after the successes he had last year with the team.

This shirt was previously worn by many club legends. The Spaniard spent last season on loan at AC Milan from Real Madrid and extended his temporary contract for another two years in July.

Diaz received the number 10 shirt after the departure of Hakan Calhanoglu after the expiration of his contract with the club to join rivals Inter Milan.

This shirt was previously worn by Roberto Baggio, Ruud Gullit and Gianni Rivera.

“I didn’t waste this opportunity,” Diaz told Gazzetta dello Sport on Wednesday. It’s a number that needs leadership, but I’m not afraid of pressure. It gives enthusiasm and energy. In the history of Milan the legends wore the number 10 shirt. I love these pressures and I want to take responsibility. I hope to live up to expectations and express myself in the best way possible.

Diaz scored seven goals in 39 games in all competitions last season to lead Milan to the Italian league table until February, before finishing the season in second place and qualifying for the Champions League for the first time in eight years.

“It’s been a great season for us,” said Diaz, 22. The first half of the season was very good. We have to repeat the same performance this season and fight for the title and on all other fronts. It will not be easy because we will face very strong opponents, but we have a good team and we will benefit a lot from the experience of being at the top of the table for a long time last season.