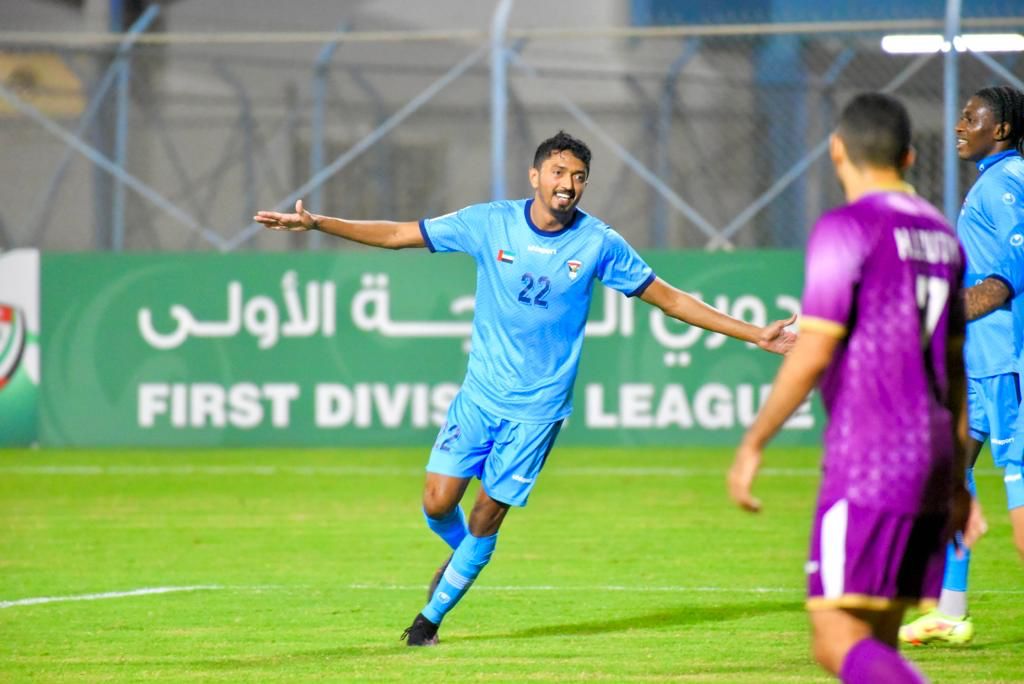 The former UAE national team player and Dibba Al-Fujairah club, Amer Omar Bazhair, managed to win the national top scorer title in the current season of the first division, by scoring 10 goals that contributed to his team winning the championship shield and qualifying to play next season in the ADNOC Professional League.
Al-Jazira Al-Hamra player Ali Sankour came second with 9 goals, while Al-Arabi club player Rashid Issa came third with 7 goals.
The Brazilian player, Dibba Al-Fujairah, Diego da Silva, won the title of top scorer with 27 goals, and Dibba Al-Hisn player Mohammed Al-Marboui won the top scorer title, born in the country, with 17 goals.
Amer Omar expressed his happiness at being named the citizens’ top scorer, stressing that the support of the club’s management, the technical and administrative bodies and his fellow players are behind this achievement. He told “Emirates Today”: “I feel very happy for my contribution to the Al-Dabawi team winning the championship shield and qualifying for professionals. I am happy that I scored 10 goals, especially since My position is as a winger player who makes goals more than scoring them, and I feel more happy that this rise is my second, as it was the first with Baniyas and it would have been the third ascension had it not been for the cancellation of the 2019-2020 season when I played for the Emirates Club team.

He added that he has regained the technical level he had previously presented with Al Wahda, Baniyas and Sharjah clubs and is looking forward to the best.

Regarding his next destination, Amer Omar said that he does not think about that at the present time, but the priority will be for Dibba Al-Fujairah.