Dibba Al-Fujairah takes the lead in the “Awwal” .. and Al-Hamriyah is competing strongly 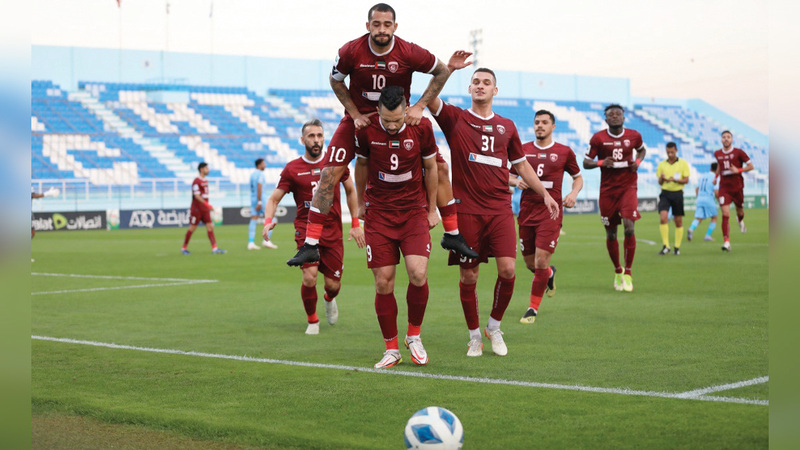 The 14th round of the First Division League, which was held on Saturday and Sunday, witnessed variables that led to the creation of a new atmosphere in the competition for promotion to the ADNOC Professional League, most notably Dibba Al-Fujairah’s acquisition of the top spot with 36 points, Al-Arabi abandoning the first place, and relegating to the runner-up position with 34 points Dibba Al-Fujairah beat Al-Arabi with two clean goals, while Al-Hamriya entered a strong competitor with 29 points in third place, after beating Hatta with two clean goals, leaving the “cyclone” balance at 22 points in sixth place, while Al-Bataeh’s balance of 26 points became fourth, In the rest of the matches, Dibba Al-Hisn tied with Fujairah with one-to-one, so Al-Hosn scored 25 points and Al-Fujairah 20. Al-Bataeh beat Al-Taawon 4-1, so Al-Bataeh scored 26 points fourth, Gulf FC beat Masafi with a clean goal, and Al-Jazira Al-Hamra tied with Masfout with two goals. For the same, and Al Dhaid beat City with three clean points.

According to these results and the ranking of the teams occupying the first to sixth positions, Al Hamriya became the most benefited from the results of the round, after reducing the points difference with the leading teams Dibba Al Fujairah and Al Arabi.

Al Muhairi: The league is long

The supervisor of the first team of Al Hamriya Club, Majid Al Muhairi, confirmed that the league is long and there will be many variables that may draw new features for the identity of the two teams that will be promoted to play in the next season of the ADNOC Professional League. He told “Emirates Today”: “There is no point in feeling joy and happiness at the present time due to the result of a match, or ascending to a better position, or even approaching the two leading teams, but the real joy will be at the end of the season by obtaining one of the two tickets to qualify for the lights.”