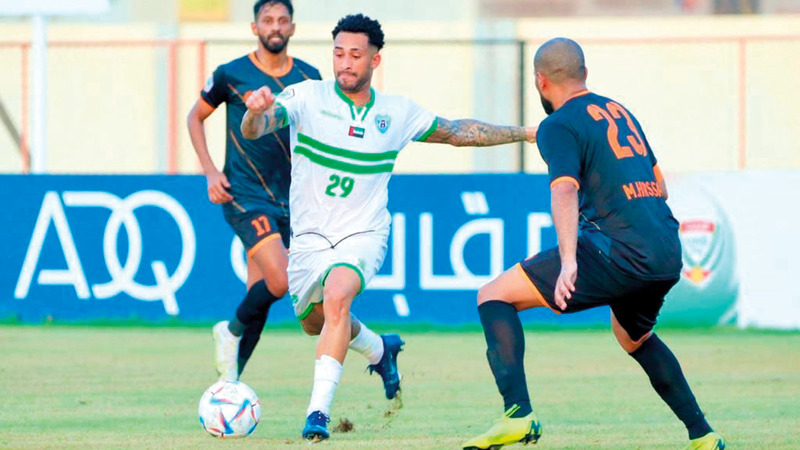 Al-Jazira Al-Hamra team defeated its host Al-Dhaid 3-0 in the match that brought them together yesterday in the second round of the First Division, achieving its second victory, and topping the championship standings with six points. The goals of Al-Jazira Al-Hamra Brazilian Igor Neves (35 and 41) and Darwish Al Balushi (83) were scored.

In a second match, Dibba Al-Hisn achieved its first victory in the championship when it defeated its host Al-Rams by three goals to two goals. Yasser Al-Junaibi scored the goals of Dibba Al-Hisn (45), the Brazilian Gilmar da Silva (69) and Salem Al-Shihari (83), while the goals of Al-Rams Ahmed Al-Wali (42) and Muhammad Iyad (79).

Al-Taawoun lost at home to Masfout with two goals to one, so Masfout got the first three points. The goals of the Brazilians Paulo Henrique (31) and Ernest (56) were scored by Al-Taawoun Brazilian Carlos Alberto (82).

Masafi detonated a strong surprise when he beat his guest Hamriya with two goals to one in the match that was held at Masafi Stadium, and scored the goals of Masafi Khalifa Obaid (83) and Badr Bilal (90 + 2), while the goal of Hamriya was scored by Brazilian Luiz Henrico (71).