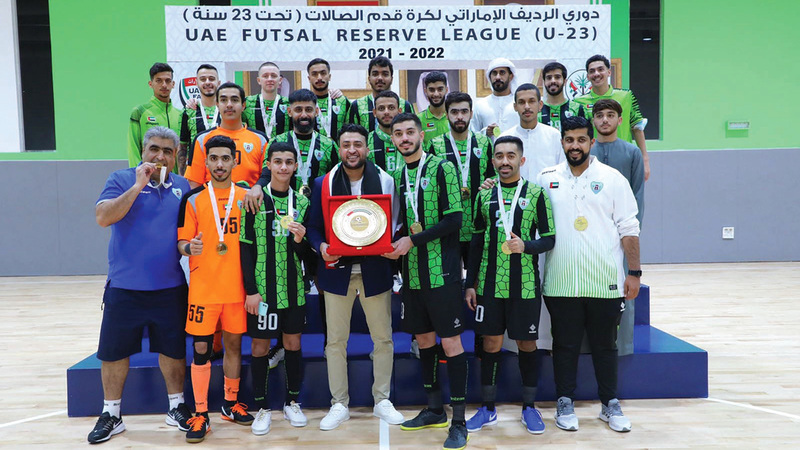 Dibba Al-Hisn team won the title of the first edition of the reserve league, the day before yesterday, by defeating Al-Hamriya 4-1, while its rival Ittihad Kalba lost to Maliha (7-6). Al Dhafra team is third with 30 points.

For his part, the Vice-President of the Sharjah Sports Council and Chairman of the Executive Committee of Futsal Abdul-Malik Jani praised the reserve league and the exciting competition until the last metres, which confirms that futsal is living its best through the convergence of levels, excitement and club that are full of all competitions in the strongest season of the game.