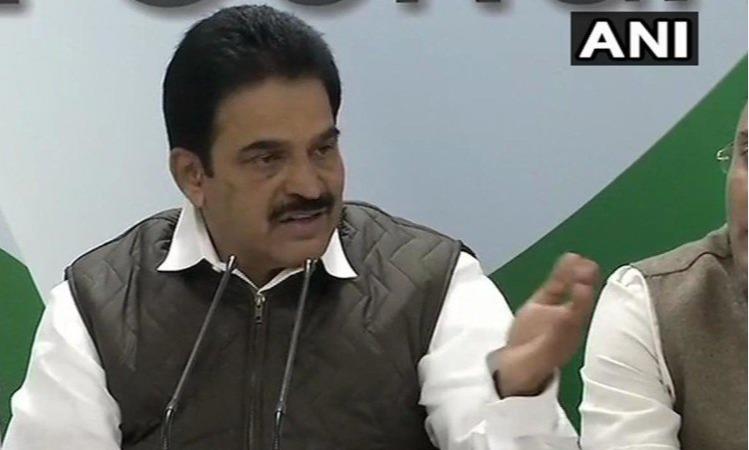 
Against Union Health Minister Bharathi Praveen Pawar who said that no one died due to lack of oxygen during the 2nd wave of corona in the country Infringement resolution As will be brought Congress The party said.

In a written reply to the state assembly yesterday, Union Health Minister Bharathi Praveen Pawar said, “State governments and union territories have reported that no one has died due to lack of oxygen in the country in the 2nd wave of Corona.

In this case, the Federal Minister of Health for misrepresentation in Parliament Infringement resolution That will be brought Congress The party said.

General Secretary of the Congress Party and MP KC Venugopal In an interview with reporters, he said, “The federal government in its response to the state legislature yesterday said that no one in the country has died due to lack of oxygen.

But we all saw and heard how many patients died in many hospitals in the country due to lack of oxygen. However, the Union Minister of Health has misinformed and tried to mislead them. Therefore, we will bring the infringement resolution against him.

We also condemn his claim that no one died due to lack of oxygen. This is how the federal government faced the 2nd wave of the corona. This is how it seems to be controlling. This is the clear answer of the government as Prime Minister Modi is to speak in them today. This is absolutely reprehensible. “

Olympic Memoirs 3: Do you know the austerity Olympics?

Businesses with ‘no bra money’ boards; Why?

A Saudi dies in a plane collision in South Africa

The Artist of the Year 2021 FINAL LIVE via América TV online for free América TVGO online: time how to vote finalists and where to see the full program 20 06 21

China's rains "the heaviest in 1,000 years"... and the bombing of a dam to divert water