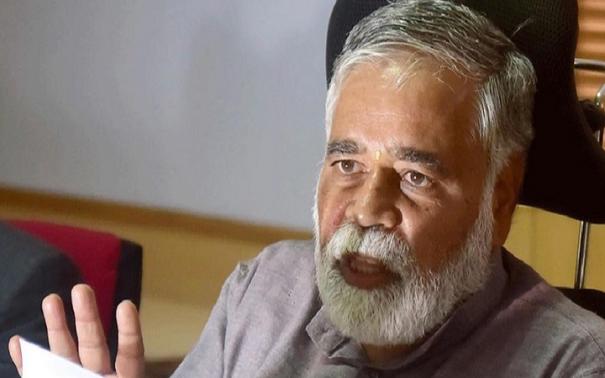 The lesson about Periyar was not removed from the textbook. On the contrary, the Karnataka Education Minister explained that some of the lines that offended the sentiments of the Hindus had been removed.

The Karnataka Education Minister has explained that sections on Periyar and Narayana Guru have been removed from the new 10th standard social science textbook in Karnataka.

Speaking on the occasion, Karnataka Education Minister PC Nagesh said: “Not a single lesson has been deleted about freedom fighter Bhagat Singh, social reformers Narayana Guru, Evara Periyar or Tipu Sultan who was the king of Mysore in the 18th century. Only a few revisions have been made in the textbook.” , Information about freedom fighters like Rajguru, Sukdev Singh etc. are attached and some corrections have been made in some subjects.

The lesson about Periyar has not been deleted. Instead some of the lines that offended the sentiments of the Hindus contained in it have been removed. Similarly, we have removed the phrases in praise of Tipu Siltan. We have also included information about the other side of that history. The lesson on Narayana Guru has been shifted to another class instead of 10th class.

We will add history to the students without singing any praises to anyone. If anyone has an alternative opinion on this I am also willing to discuss it.

Similarly, we are committed to including the speech of RSS leader Keshav Paliram Hedgewar in the textbook. Headcover is the greatest nationalist. He took part in the freedom struggle from the Congress. He founded the RSS in 1925 to overthrow the nation after the defeat of the Khilafah movement.

Former textbook institute president Parakur Ramachandrappa has removed various subjects. In particular, he has removed some sections on the poems of K. Vembu, Gandhi and Ambedkar. No controversy arose then. But now some so-called intellectuals are politicizing the issue of caste and religion in the textbook. “