Did the Congress policy go wrong when it jumped to the BJP? -Karge volley question to Jithin Prasad 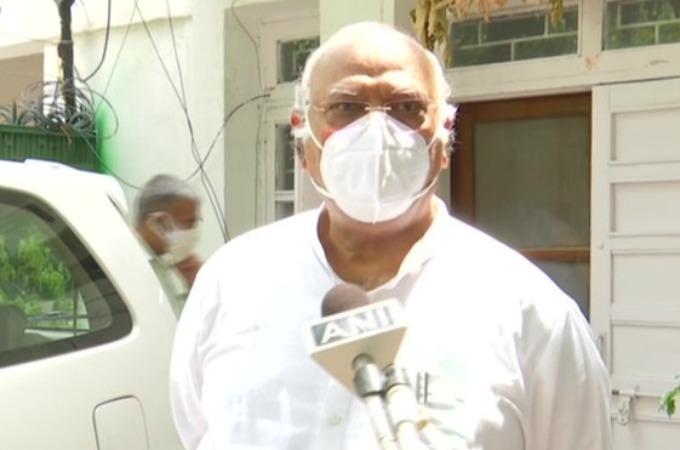 
On the same day as Jitin Prasad jumped to the BJP Congress Why do the policies seem wrong to him? As Congress Senior leader Mallikarjuna Karke Questioned.

One of the senior leaders of the Congress Jitin Prasada Jitin Prasada joined the BJP yesterday. Piyush Goyal greeted him wearing a shawl and giving him a bouquet. Then BJP Chairman J.P. And nuts Jitin Prasada Met.

Then Jitin Prasada “I have three generations of contact with Congress,” he told reporters. I have come to this conclusion after various consultations. As the only party operating organizationally BJP Is. As a national party BJP There is only.

Unable to work for the people while serving in Congress. As a party run by the same family BJP No. Today marks the beginning of a new chapter in my political career. ”

At this stage Congress Senior leader Mallikarjuna Karke Jitin responded to Prasad today. He said:
Jitin Prasada Traditional Congress Belonging to the family. Not only he but his father Congress Who is deeply committed to policies.

Jitin Prasada Congress The party was conducted with respect. We made him the general secretary of the party. We declared him the head of state of West Bengal. We were given the opportunity to compete in every election. Congress He was also a minister when he was in office.

But now he has gone to the BJP. Once there Congress Criticizes policies. In one day Congress Why do the policies seem wrong to him? Why he knew policy high when he was in the party for so many years.

You are getting ‘screens’ in Telangana! But it is a movie fair .. Pch

Saudi Arabia .. Cancellation of reducing the waiting period between the call to prayer and the iqaamah

Did you lose your job? Joined another job? Do this .. or you will not be able to take PF money!

Switzerland sends Turkey out of the European Cup

Going on a trip after Kovid? Get the money here!