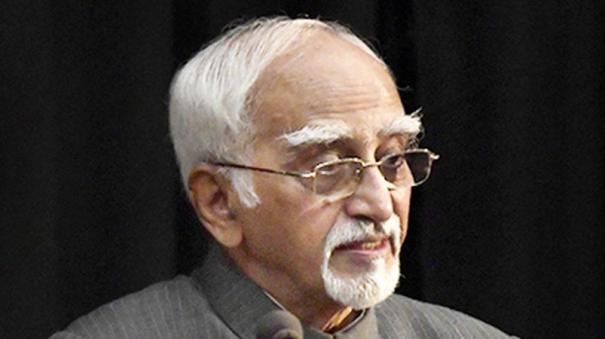 New Delhi: Former Vice President Hamid Ansari has said that he did not spy while in office.

Pakistani journalist Nusrat Mirza accused Hamid Ansari of espionage during his tenure as Iran’s ambassador. Also, Nusrat Mirza had said that when Hamid Ansari was the Vice President, he came to India to participate in a conference on terrorism in Delhi on his invitation, and then Hamid Ansari shared confidential information.

AAP spokesperson had said that the Congress should give an explanation about this. A statement issued by Hamid Ansari in this regard.

It is a well-known fact that the Vice President sends invitations through the Ministry of External Affairs to prominent foreign dignitaries on the advice of the Ministry of External Affairs for the Conference on Terrorism held in Delhi. It is usual practice for the organizers to choose the invitees. I neither invited nor met the Pakistani journalist.

After serving as Ambassador to Iran, I was appointed Permanent Representative of India to the UN. He said that all my work was done with the knowledge of the central government.