Difficulties in transition: volunteers reported problems with the import of goods for the needs of the Northern Military District 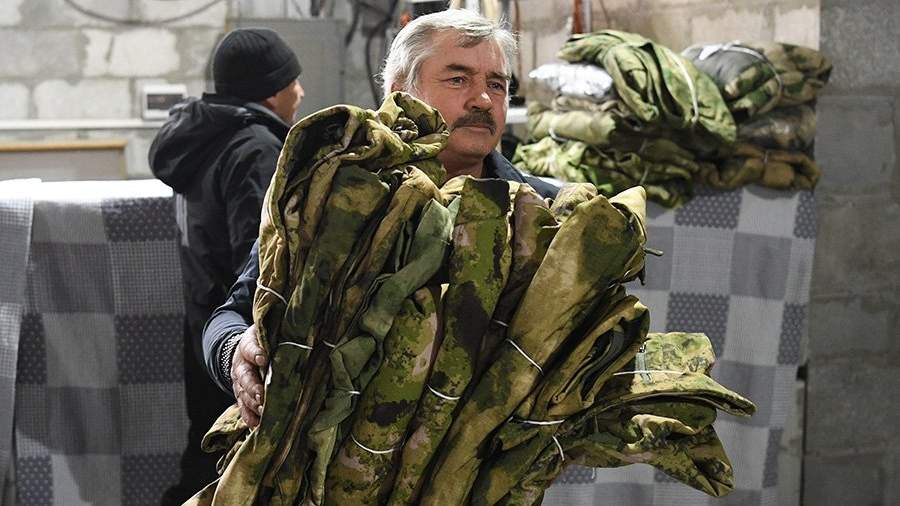 The transportation of bulletproof vests, helmets and quadrocopters, which volunteers buy abroad for the needs of the SVO, is blocked by the customs service – such messages appeared on a number of Telegram channels over the weekend. On Sunday, November 27, the FCS refuted these statements: according to the customs department, all goods that were purchased to help the Russian military calmly cross the border and are sent to the recipients. In addition, the department announced the organization of a special chat bot to resolve issues with the clearance of such goods. Experts do not consider the current situation a catastrophe, since such goods should be under special control. At the same time, the state should be more likely to deal with the supply of equipment from abroad, experts are sure. Together with experts, Izvestia sorted out how things really are with the transportation and registration of the necessary Russian military products.

Problems at the border

On November 25, Telegram channels, which are raising funds for the purchase of equipment for the needs of the Northern Military District, reported that customs did not allow a number of goods to pass. Volunteers connected what is happening with the alleged tightening of the rules for the import of such things.

“Tons of goods hang at customs. Specialists shrug their shoulders, saying that they cannot give them out,” one of the volunteer communities said in a message.

According to channel subscribers, the import of body armor, helmets, night vision goggles, quadrocopters, radio stations and other goods from China is blocked.

The problem, according to volunteers, is that many of these items (such as tactical gloves) are so-called “dual-use” items that require different documentation.

“No one is against control, everyone understands everything, but since the beginning of the NWO, all goods went through customs, and then literally in one day it turns out that it is impossible to import,” volunteer Alexei Medvedev, a participant in discussions in one of the thematic Telegram channels, told Izvestia. “Of course, customs could also get the order in one day. But now there are tons of equipment on the border that would help our fighters.

The volunteer clarified that the goods were stuck at the Ussuri customs: they are transported from China by land – they cannot be transported through Kazakhstan and Kyrgyzstan, since in this case so-called secondary sanctions can be applied.

– Information about this is not true. The issues of prompt clearance of goods intended for the needs of the Northern Military District are under the personal control of the leadership of the Federal Customs Service of Russia and the customs authorities, the agency said in a statement published on the official website of the Federal Customs Service.

Under the supervision of the state

At the same time, large volunteer organizations did not have the problems described above, a source familiar with the situation told Izvestia.

— Ideally, MO knows about almost all purchases. Since the customs service requires documents for items of military importance, you must obtain permission. As far as I know, there are no problems with this,” said a representative of one of the volunteer organizations.

Currently, the problem is being solved, representatives of Telegram channels write. According to some of them, this situation arose because of an attempt to centralize the supply of equipment. It was for this purpose that an interdepartmental coordination headquarters was created, headed by representatives of the RF Ministry of Defense.

“Control over the supply of military equipment is necessary, even over clothing,” ex-customs officer Vladislav Grabuz noted in a conversation with Izvestia. – Volunteering is good, but for the transportation of such things, there must be documents, waybills approved by the RF Ministry of Defense. And without them, how can FCS employees know exactly where all this equipment will go?

The former customs officer emphasized that accredited volunteer organizations should not have problems, and even if they do, they can be solved with “one call”.

Nevertheless, volunteers play a big role in providing for the soldiers of the Russian army, military expert Vladislav Shurygin believes that drew the attention of Izvestia.

– Now, when our military industry is being restructured, and many things are needed here and now, the purchase of goods and equipment for the NMD abroad is absolutely logical and justified. In this case, the state can purchase such goods in large volumes and at better prices, but a private initiative is a serious help, the expert believes.

According to him, the domestic industry is quickly adapting to new conditions. But it is the state that should organize the supply of equipment from abroad, the expert believes.