Dinesh Karthik Vs Bandh: Who has a place in Irfan Pathan’s T20 WC favorite team ?! 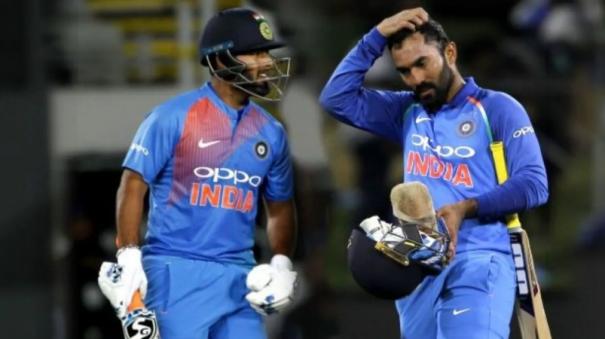 Former Indian cricketer Irfan Pathan has revealed the details of his ‘favorite’ players for the upcoming T20 World Cup series in India. In it we will see who are the two wicket keeper batsmen as Dinesh Karthik and Rishabh Bandh.

The T20 World Cup is set to take place in Australia from October to November. The anticipation of who will be the players to play for the Indian team in this series is now high.

Cricket commentators and former cricketers have been commenting on it. In particular, the names of certain players are repeated. One of them is Dinesh Karthik. That’s because of the tremendous form he has now.

Former India all-rounder Irfan Pathan has revealed the details of his favorite players in the XI for the T20 World Cup.

“It’s rare to see a player like Dinesh Karthik who can play a variety of shots. Pathan said.