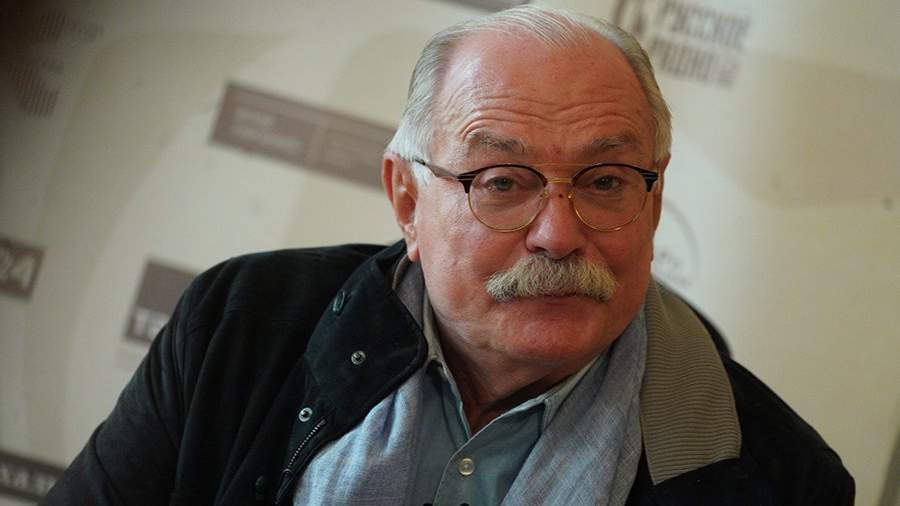 A Ukrainian court has arrested Russian director Nikita Mikhalkov in absentia on suspicion of infringing on the country’s sovereignty. This was announced on Friday, March 4, by the Prosecutor General of Ukraine Irina Venediktova.

“Mikhalkov Nikita Sergeevich <...> I officially announce that the Ukrainian independent, sovereign, fair court allowed Ukrainian prosecutors to detain you in order to bring you to the court of Ukraine to select a measure for the suspect <...> We launched the official procedure for putting you on the international wanted list” , the Prosecutor General wrote on her Facebook page.

The publication of Venediktova was accompanied by a photo of the court decision, according to which the director is suspected under Article 110 of the Criminal Code (“Infringement on the territorial integrity and inviolability of Ukraine”).

According to Venediktova, the court allowed Ukrainian prosecutors to detain Mikhalkov and bring him to court as a suspect for a preventive measure. She also added that Kyiv launched an official procedure for putting Mikhalkov on the international wanted list, and he could be detained when “crossing the border of almost any civilized state.”

Nikita Mikhalkov said that recognition of the independence of the Donetsk and Lugansk People’s Republics (DNR and LNR) was the only way out. Prior to this, the director stated that he sees two other republics as part of the ideal Russia – Ukraine and Belarus.

Earlier that day, Gazeta.RU reported that more than 150 cultural figures of the Russian Federation had already supported Vladimir Putin’s position on the issue of conducting a special operation in Ukraine. Cultural figures note that Russia has always been against wars, never started them, but always ended them.

Now, both the top leadership of Russia and a number of journalists, athletes and cultural figures are under the sanctions of the United States, the European Union and Great Britain. Among them are Vladimir Solovyov, Roman Babayan, Olga Skabeeva, Tigran Keosayan, Modest Kolerov, Anton Krasovsky, Sergey Roldugin. On the first day of March, in particular, it was reported that the Bavarian State Opera refused to cooperate with opera singer Anna Netrebko and conductor Valery Gergiev because of the Russian operation in Ukraine.

On February 24, Russian President Vladimir Putin announced the launch of a special operation to protect the civilian population of Donbass. The situation in the region escalated on February 17, 2022. In the Donetsk and Luhansk People’s Republics (DNR and LNR), heavy shelling by Ukrainian security forces was reported. The republics announced a general mobilization and evacuation of civilians to the territory of Russia.

On February 21, the heads of the DPR and LPR Denis Pushilin and Leonid Pasechnik appealed to the President of the Russian Federation with a request to recognize the independence of the republics. The corresponding decrees were signed in the evening of the same day.

Since 2014, the Ukrainian authorities have been conducting a military operation against the inhabitants of Donbass, who refused to recognize the results of the coup d’état and the new government in Ukraine.