Diriyah is waiting for Formula E 28 this month 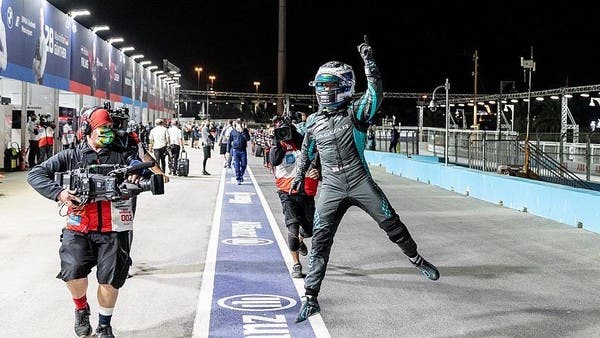 Diriyah Governorate remains the incubator of all historical, cultural and sporting events that seek success, and this permanence enjoyed by this governorate, was one of the most important reasons for the success of three editions of the EBB FIA Formula E World Championship, which contributed to the keenness of the organizers of this championship to repeat this The gains that motorsport enthusiasts expect to be repeated soon, especially since the eighth season of the championship will start for the fourth time in a row in Diriyah on January 28 and 29, with the first and second rounds of the “Formula E Diriyah 2022” race.

After the end of the first and second rounds of Diriyah, the race will move to the Mexican capital, “Mexico City” in the third round on February 12, with the fourth and fifth rounds to be held in Italy, “Rome” on April 9 and 10, after which the drivers will move to Monaco to participate in the sixth round. On April 30, 2022 AD.

On the fourteenth and fifteenth of May, the German city of Berlin will witness the launch of the seventh and eighth rounds, after which the race will move to Indonesia at the end of April for the ninth round. As for the tenth round, it will be held in early July in Canada, specifically in Vancouver, while New York will host the American The eleventh and twelfth rounds on July 16 and 17.

July of the year 2022 AD also witnesses two rounds, where London will host rounds 13-14 on 30 and 31, and the eighth season competitions will conclude in August in Seoul, South Korea, with rounds 15-16.

Diriyah hosted the opening round of the seventh season of the Diriyah Formula E race on February 26 and 27 last year 2021 AD, which hosted the launch of the first night race in the history of the championship with renewable energy, in addition to using the latest low-consumption LED lighting technologies, which reduce energy consumption by Up to 50% compared to other lighting technologies.

Dutchman Nick de Vries of the Mercedes-Benz EQ team won the first victory in the opening round of the Formula E Championship at Diriyah Circuit, while Britain’s Sam Bird won the second victory in his first race with Jaguar Racing for the second round. He beat Dutchman Robin Frijns of the “Invision Virgin Racing” team, and Antonio Felix da Costa of the “DS Cheetah” team, ranked third.

The new season, which will start in Diriyah, will witness the participation of three new contestants: New Zealander Nick Cassidy from the Envision Virgin Racing team, French Norman Nato from the Rocket Venturi Racing team, and British Jake Dennis from BMW Andretti Motorsport. .

Jake Dennis made a strong start to his Formula E record, which resulted in him being chosen as the most successful rookie in the history of the championship so far, in terms of the number of podiums, while Nick Cassidy reached the podium for the first time in the Formula E Puebla race in Mexico, While he scored a second access to the podiums in the New York race, where he finished runner-up behind Britain’s Sam Bird.

As for Norman Nato, he climbed to the podium with a great victory in the Berlin race, after losing in two previous rounds, to win the third victory for the “Venturi” team in Formula E, becoming the third driver to win the race in his first participation in the championship, with the exception of the first season, After Felix Rosenqvist in 2016 and Jake Dennis in 2021.

Mercedes-Benz EQ won the team championship with 183 points, followed by Jaguar Racing in second place, and DS Cheetah in third.

It is noteworthy that the Ministry of Sports had announced earlier the launch of race tickets via the website https://diriyah-eprix.com, where prices start from 150 riyals, with 10,000 Grand Stand tickets, while there will be tickets for VIP visitors. It will provide an exclusive opportunity to connect with teams and Formula E drivers.