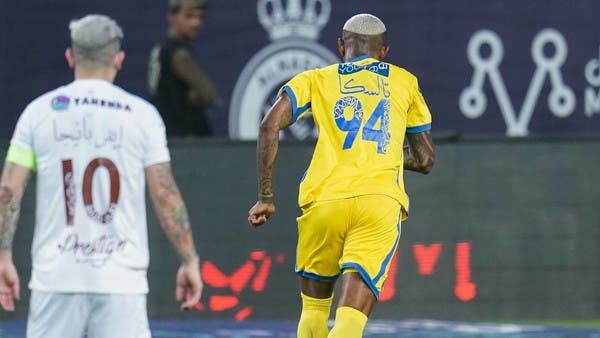 On Wednesday, the Saudi Football Federation’s Disciplinary and Ethics Committee punished Argentinian Ever Banega, Al-Shabab player, with a four-match ban, including an automatic suspension based on the red card he received in the team’s last league match against Al-Ahly.

The committee obliged Banega to pay a fine of 40,000 Saudi riyals, for using a certain signal towards the first assistant referee.

Discipline also suspended, the Brazilian Talisca, a professional from Al-Nasr Club, two matches, including an automatic suspension according to the red card, due to the disgraceful behavior, according to the committee’s statement, towards the Al-Fateh player in the last two teams’ meeting, with a fine of 20 thousand Saudi riyals.

The committee imposed a financial penalty on Al-Ittihad club of 32,812 Saudi riyals, for the club’s fans throwing one can of water towards the pitch, in the team’s last match in the league in front of Al-Batin.