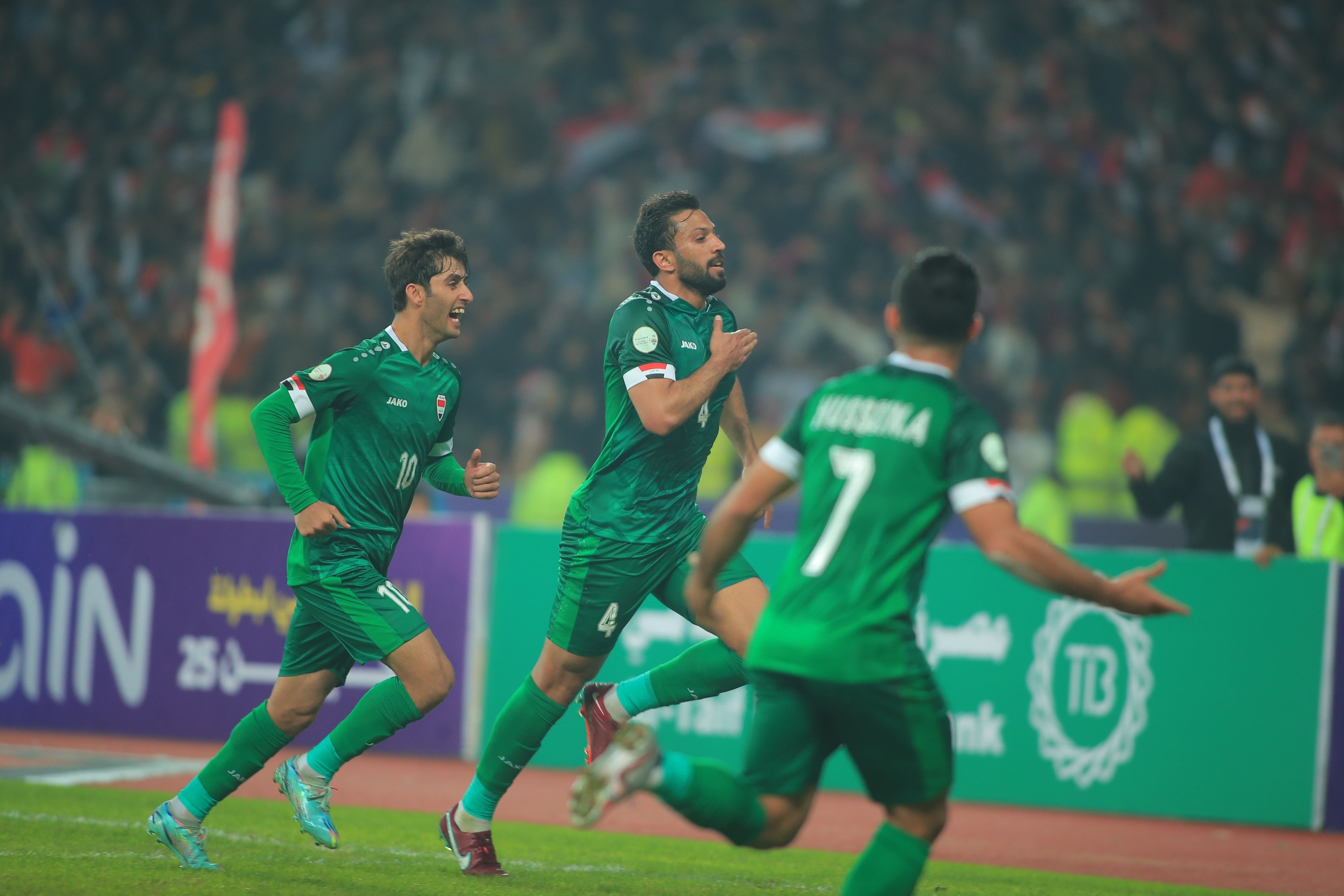 Iraq and Oman reached the semi-finals of the first group of the Gulf Championship 25, at the expense of Yemen and Saudi Arabia, who called the championship from the group stage stage, after Iraq defeated Yemen with five unanswered goals at Basra Stadium, and Oman beat Saudi Arabia 2-1.
In the first match, Mustafa Nazim scored 40 for Iraq, Amjad Atwan 64, Ayman Hussein scored 74 and 75, and Hussein Ali 88.
Iraq is now waiting for the second-place finisher of the second group, confused between the teams of the Emirates, Kuwait and Qatar.
In the second match, the Omani Reds suffered two things before they were able to beat the young Saudi Al-Akhdar, 2-1, in the match that brought them together at the Mina Olympic Stadium.
Al-Mundhir Al-Alawi managed to open the scoring in the match at the 34th minute, then Turki Al-Ammar equalized for Saudi Arabia at the 41st minute, which is the result that ended the second half.
Hareb Al-Saadi succeeded in tipping the favor of Oman by scoring the winning goal for his country eight minutes before the end.
Thus, the Omani team will be close to facing first-place Bahrain in the semi-finals.