Disgruntled MLA joins BJP: Will Congress back down as elections approach in UP? 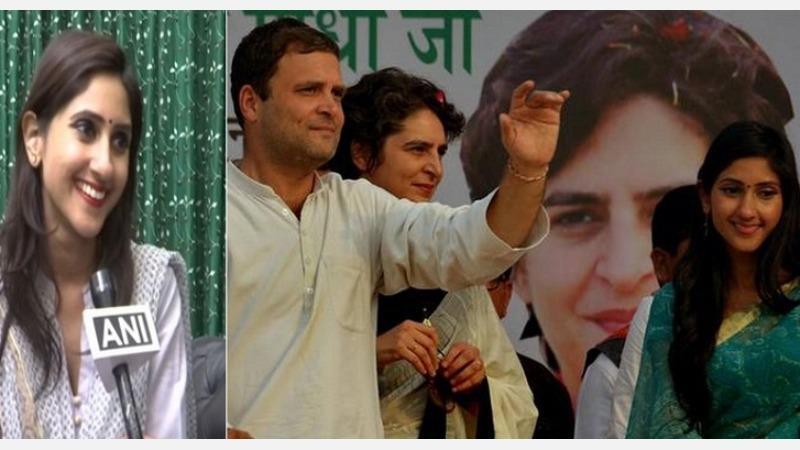 With the UP legislature still a few months away from elections Congress Disgruntled MLA Aditi Singh has raised the question of whether joining the BJP will cause a backlash to the Congress.

Aditi Singh, 34, was suspended from the party’s women’s wing in May last year for some controversial activities. He also slammed Priyanka a few days back. To repeal agricultural laws Prime Minister Modi Aditi Singh had slammed Priyanka for criticizing it when it was announced.

“Priyanka Gandhi had a problem when the bills were brought in. She had a problem with the repeal of the laws. What does she want? She has to say it clearly. She sees the peasant issue as politicized. Priyanka Gandhi He is always politicizing it. The CBI is investigating the Lakhimpur incident. The Supreme Court has also voluntarily taken up the matter. If Priyanka does not trust such government agencies, then she does not understand who she is trusting, ”said Aditi Singh.

It is in this context that Aditi Singh, who has been framed as a disgruntled MLA, joined the BJP at an event in Lucknow today. BJP Opposition MLAs and key leaders continue to be interested in pulling the strings.

According to the BJP, it is a party that is actively involved in various types of vegetable transplants during the election season and picking the victory.

Currently, farmers are facing massive protests against agricultural laws and rising prices of essential commodities such as fuel and vegetables. BJP See that it is getting ready for re-election.

Congress stronghold Raebareli Will it collapse?

The BJP has done this transplant very easily in Rae Bareli too.

Will be an important component of UP Raebareli The legislature has moved in the same direction with regard to the constituency election results, in the last six elections Congress Has won four times. Twice it failed in 2007 and 2012, then expelled Congress Leader Akhilesh Kumar Singh won the fourth and fifth elections.

Rae Bareli Parliamentary Constituency Congress Is the fort. In every Lok Sabha election since 1980 Congress People have been voting for the party (with the exception of 1996 and 1998, when the BJP’s Ashok Singh was elected).

This is Aditi Singh, the daughter of Akhilesh Kumar Singh. He was in 2017 Congress He contested and won on behalf of, defeating BSP’s Shahbaz Khan by a margin of nearly 90,000 votes.

BJP candidate Anita Srivastava was third with more than one lakh votes behind.

By joining Aditi Singh in the BJP Congress The ruling party hopes it will help flip the fort, and perhaps if that happens it will be the most important decision.