Dismissal of petition seeking declaration of Sanskrit as national language 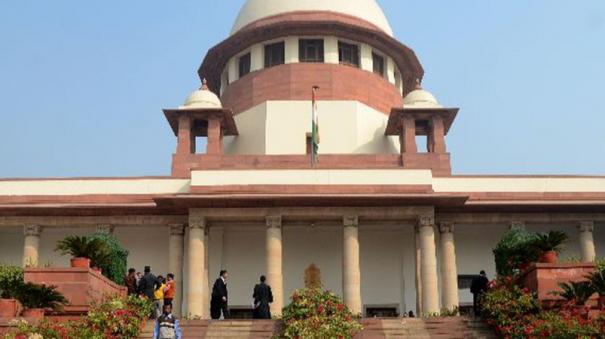 New Delhi: The Supreme Court dismissed the petition seeking to declare Sanskrit as the national language.

Similarly, the central government should be directed to declare Sanskrit, the world’s most ancient language, as the national language of India. The writing and pronunciation of Sanskrit are scientific. Learning Sanskrit will improve the memorization skills of children.

This was stated in the petition.

The petition came up for hearing again yesterday before a bench of Justices MR Shah and Krishna Murari.

Then the lawyer appearing for the petitioner said, “Sanskrit is revered as the mother of many languages. Sanskrit words are found in various languages. But it is sad that Sanskrit has not been declared as the national language in India yet,” he argued

Ultimately the judges said in their order:

We accept your argument and opinion. But this matter can be discussed only in the National Assembly. Amendments should be made in the Constitution to declare Sanskrit as the national language.

It depends on the policy decision of the government. So it is appropriate to discuss it in the National Assembly. The petitioner can appeal to the central government in this regard. Therefore, we dismiss the petition. Thus the judges ordered.