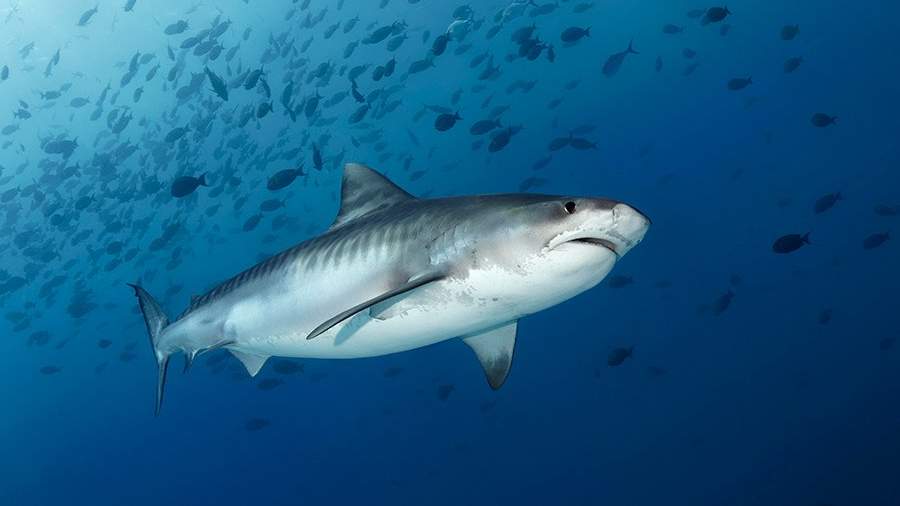 Divers in Egypt have suggested that the attacks on people in the Red Sea may have been due to the noise of boats on the coast.

According to TASS on Monday, July 4, diver Mohammed Samir, who studies the behavior of sharks, probably the tiger shark that attacked the tourist, simply could not swim out of the lagoon due to the amount of water transport blocking the path.

He explained that the breeding season of tiger sharks is now ending, at which point they come out into shallow water.

“The place where the attack on people took place is a small bay near the Tropitel Sahl Hasheesh hotel, the exit from which is literally filled with tourist boats, boats and yachts …”, Samir explained.

He added that a predator driven and blocked in the lagoon begins to show aggression and “rush literally at everyone,” writes RT.

On July 1, an elderly citizen of Austria died after being attacked by a shark in the waters of the Red Sea near Hurghada. The shark bit off the woman’s arm and leg, in the hospital doctors performed cardiopulmonary resuscitation on her, but the Austrian citizen died. As the 360 ​​TV channel clarifies, the woman died from a painful shock.

Because of the incident, the Sahl Hasheesh area to Makadi Bay was closed and swimming, diving, fishing and snorkeling were banned for three days, Reedus reports.

On July 3, another woman was killed in a shark attack in Hurghada. The tragedy also occurred in the area of ​​​​the resort of Sahl Hasheesh. According to preliminary information, the second victim was a citizen of Romania.

Immediately after receiving information about the shark attack on two women swimming in the area of ​​the Sahl Hasheesh resort in Hurghada, the Minister of the Environment, Yasmine Fuad, instructed to form a working group of specialists from the Red Sea reserves, the website kp.ru reports.

The Egyptian Ministry of the Environment also reported that the Governor of the Red Sea, Major General Amr Hanafi, banned any human activity in the area in accordance with the regulations and rules of international standard, which are applied in the investigation of the facts of shark attacks on people, Zvezda TV channel reports.

Experts began to study the circumstances of the incidents in order to accurately establish the causes of the aggressive behavior of predators that caused the death of two people, reports Life.ru.

Earlier, Professor of the Department of Ichthyology at Moscow State University Kirill Kuzishchin, in an interview with Gazeta.Ru, urged tourists in Egyptian Hurghada to be vigilant. According to him, first of all, one should be wary of the tiger shark, which “attacks always, everywhere and on everything,” including can do it at shallow depths along the coastline, writes NSN.

According to the Federal News Agency, shark activity off the coast of Hurghada has not been observed for 12 years. The last incident occurred in 2010 in Sharm el-Sheikh. One person died and four others were injured.