Djokovic asks to be transferred from detention to train 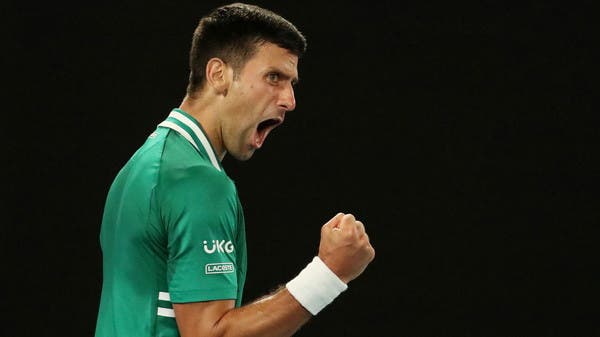 It seems that Novak Djokovic does not intend to back down, as the lawyers of the Serbian tennis player, ranked first in the world, announced, on Saturday, that their client, who was prevented from entering Australia because he did not receive a vaccine against Corona, because he contracted the virus in December, requested his transfer from his detention center. in Melbourne to be able to train.

Djokovic’s lawyers, 34, said in a document presented to the Federal Court that “the date of the first positive smear for corona is registered on December 16, 2021”, which gives the Serbian player an exemption from the vaccination imposed by Australia. The Australian judiciary is supposed to consider his request on Monday.

But time is running out a little more than a week before the start of the Australian Open, which Djokovic has won nine times and aspires to win the twenty-first Grand Slam, which would put him at the forefront of tennis history ahead of his historic rivals Roger Federer and Rafael Nadal. His lawyers also requested that he be able to leave his Melbourne detention center so he can train.

Djokovic published a picture of him at an airport earlier this week and announced that he was heading to Australia, explaining that he had obtained a medical exemption, which was confirmed by the tournament management.

But upon his arrival on Wednesday night, Thursday, the authorities refused to allow him to enter, considering that the reasons for his exemption did not meet the strict conditions imposed for entering their territory in the fight against Covid. Djokovic’s lawyers condemned the player’s detention for eight hours without being able to communicate with him.

In a video leaked to the local press on Friday, Tennis Australia president and Australian Open manager Craig Tiley, who is facing criticism for his handling of the dossier, defended the “enormous work” being done by his teams.

The federation has been accused of misleading players about COVID-19 vaccination obligations to enter the country. In a note to players published by various Australian media, the organization confirmed that someone who had recently recovered from Covid could benefit from an exemption from the mandatory vaccination entirely. Djokovic still refuses to clarify the status of his vaccination, although he has made no secret of his opposition to the vaccine.

The Australian government confirmed that it had warned the Australian Open as of November that this procedure was no longer valid only for Australian residents, and not for foreign nationals wishing to enter the country.
Another player in a similar situation is Czech Renata Vorakova, who was placed in the same detention center as Novak Djokovic after her visa was cancelled.

“They bring me food and there is a guard in the corridor. I feel like I’m in prison,” said the 38-year-old Czech. The Australian Open director explained that the federation preferred not to speak publicly because of the appeal made by Djokovic, who, in his first reaction Friday, in a short message on social media thanked his fans around the world and also said, “Thank God for health.”

In Serbia, the treatment of the tennis star sparked outrage across the country, prompting the intervention of Serbian President Aleksandar Vucic.

In Australia, where there is a large Serbian community, about 100 Djokovic fans and anti-vaccine activists descended on Saturday in front of the detention center and chanted “Novak”. Elsewhere in the city, hundreds of anti-vaccine protesters demonstrated, some expressing support for Djokovic.

Australian tennis player Nick Kyrgios, who had tumultuous exchanges with Djokovic previously, predicted Saturday that if the Serbian star managed to participate in the Australian Open in the end, no one would be able to stand up to him, saying, “I think he would be angry.”

The case has raised questions about subsequent matches in the season, particularly in the United States, starting with the Indian Wells Championships and Miami in the spring. It is noteworthy that the vaccine is mandatory in order to enter the US borders.

The next Grand Slam tournament will be Roland Garros in the spring. On the other hand, French Sports Minister Roxana Maracignano considered that “the health protocols imposed for major sporting events” will allow Novak Djokovic to enter France.