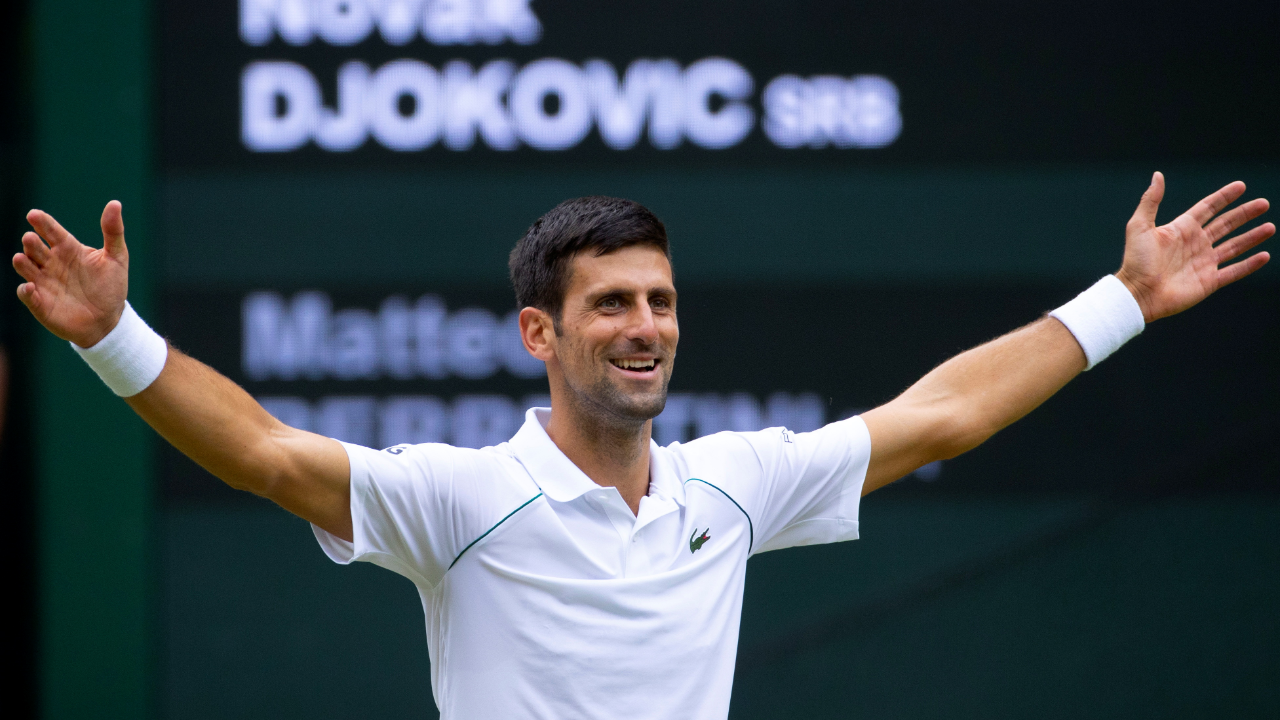 
Serbian tennis star Novak Djokovic, ranked number one in the world, expressed his admiration for former German tennis legend Steffi Graf before continuing his attempt to repeat her feat by winning all four (Grand Slam) tournaments of the season, in addition to the Olympic gold, during his participation in the Tokyo Olympic Games.

Djokovic won three major titles this season, winning the Australian Open, the French Open (Roland Garros), and the English Open (Wimbledon), to win 20 titles in major competitions, equaling the achievement of the Spanish stars Rafael Nadal and the Swiss Roger Federer. It remains for Djokovic to win the US Open (Flashing) Meadows, which begins next month, in addition to winning the Olympic gold, to equal Graf’s historic achievement.

The Olympic men’s singles draw was held today, Thursday, with Djokovic facing Bolivian Hugo Delin in the first round. None of the tennis players has been able to win the Grand Slam tournaments in addition to the Olympic gold in one year, but only two of the white game stars have won the four major competitions, the American Donald Badge in 1938 and the American Rod Laver in 1962 and 1969.

Graf became famous for winning the five titles in 1988, and Djokovic said after the draw, “If I can contact her, I would be happy to ask her how she achieved that feat.” Djokovic praised Graf’s mentality, adding that he knew he had a unique opportunity this year. “At the moment, it seems more realistic,” Djokovic said. “Of course, this is one of my goals and dreams.” “There is still a long way to go… I am putting myself in a very good position.”

Branded home stay; Kitilan bungalows for tourists in the tea estates of Munnar

How did Tirupati become the richest temple in the world?

Find out the date of the Al-Ahly and Tunisian Esperance match, UAE time

Bust of the Hero of the USSR, pilot “Normandy-Niemen” was opened in Florida