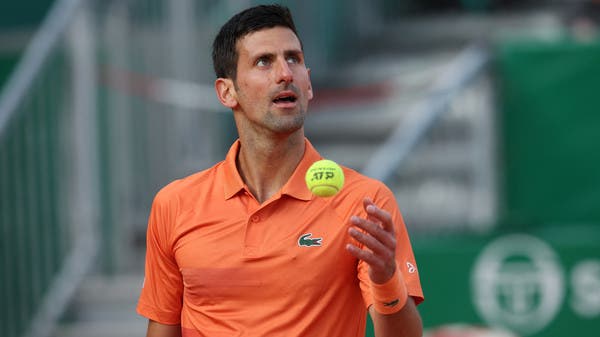 World number one Novak Djokovic revealed that he is still mentally struggling to regain his level after missing the Australian Open and a long period at the beginning of the season due to his refusal to take the Corona virus vaccination.

The 20-times Grand Slam champion was unable to defend his title in Australia in January after being expelled from the country for refusing to be vaccinated. The 34-year-old missed the Miami Open and Indian Wells for the same reason.

“The challenge is bigger, both mentally and emotionally,” Djokovic told a news conference on Sunday, as he prepares for the Madrid Open on Tuesday. “I’ve certainly never been in a situation similar to what happened at the beginning of the season, and I don’t know how it will affect me.”

“Definitely still… I have to deal with it to some extent. He’s not as strong as he was in the first two or three months of the year. I feel like the more I play, the more I’m in this atmosphere, the more comfortable I feel.”

The effect of the Serbian player’s absence from official matches was evident during his participation in his first two tournaments of the clay court season this year.

Djokovic was eliminated from Monte Carlo after losing to Spaniard Alejandro Davidovic Fokina, and lost in the Belgrade Open final to Andrei Rublev last month.

Djokovic admitted that he “fainted” during his defeat in Monte Carlo, but was happy to play four long matches in Serbia as he prepares for the French Open, which he won in 2016 and 2021.

“Of course I’m not as good as I would like. It’s a process and I have to be patient. I hope things will move in the right direction this week as well,” he said.

Djokovic stated that he is happy to have more clarity on the tournaments in which he can compete without the Covid-19 vaccination.

“I’m glad that I’m back on the right track in terms of being able to play in tournaments and being clear about the schedule, where I go, where I can play, where I can reach the peak of my level and where I want to reach the top of my level. I definitely want Roland Garros, and then I can Also playing at Wimbledon in London, which is of course a very important tournament for me.”

“I’m happy for the next few months as I have clarity on where I can play. So I hope to get my best out of it, especially in the Grand Slams.”