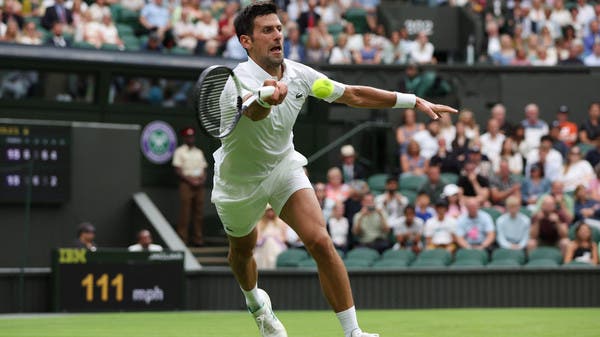 Top seed Novak Djokovic recovered from a one-set loss to 81st-ranked South Korean Kwon Sun-Woo, winning 6-4 3-6 6-3 6-4 to advance to the second round of Wimbledon on Monday.

The defending champion, who is trying to win the title for the fourth time in a row, made a mixed appearance at times against Kohn, who presented wonderful and varied glimpses of forehands and drop shots on center court.

The 24-year-old Korean broke Djokovic in the fourth game of the second set and made his way to the equaliser.

But the 35-year-old Serbian, who is trying to win his 21st Grand Slam title, quickly recovered and regained his consistency to establish his advantage.

Djokovic, who had not played any grasscourt tournaments before Wimbledon this season, sealed the victory with a smasher from the first available chance and qualified for the second round with Tanasi Kokinakis or Kamil Maicherzak.