Do not ask for ‘commission’ on development projects: BJP MLAs, MPs ‘shocked’ by Yogi’s warning 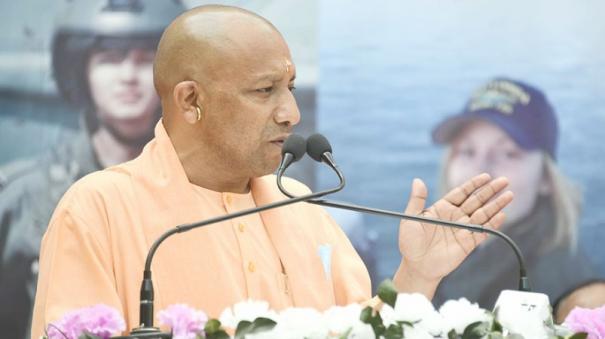 New Delhi: Uttar Pradesh Chief Minister Yogi Adityanath has advised BJP MLAs and MPs not to ask for ‘commissions’ on public development projects. He also warned that he would take stern action on the complaints.

Uttar Pradesh Chief Minister Yogi Lalitpur, the BJP-ruling state, addressed a BJP gathering. It was attended by his party’s state MLAs, MPs and key BJP executives. Speaking at the meeting, Chief Minister Yogi said, “Our MPs and MLAs must first stop taking bribes in the name of commission. Only then can we eradicate bribery at the official level. This information needs to go between our parties first. You, the people’s representatives, have no right to bribe them. “

During the Uttar Pradesh Assembly election campaign, Chief Minister Yogi had promised to establish a corruption-free government during his second term. This text of his is considered to be an expression of this.

Speaking further at a meeting in Lalitpur, the Chief Minister urged the IAS, IPS and PCS officers to disclose the property details of themselves and their families. He also said that his ministers should publish the list of assets. He also said that these will be published on the website for the public to see.

The BJP in the arena was very quiet in shock after hearing this speech of Chief Minister Yogi in Lalitpur.