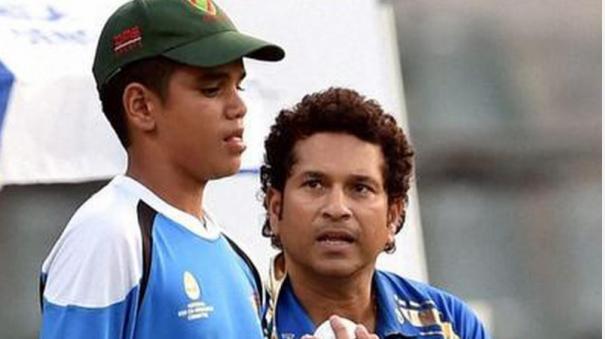 Mumbai: Tendulkar has given advice to his son Arjun Tendulkar, who did not get a chance in Mumbai’s squad for the current IPL season.

Sachin Tendulkar is one of the greats of the cricket world. The batsman who has amassed tens of thousands of runs internationally for the Indian team. His son Arjun Tendulkar, who grew up watching him, is also interested in cricket. A left-arm bowler, he plays local cricket for the Mumbai team. The 22-year-old was auctioned off to play for the Mumbai Indians in IPL cricket.