India“Do not spread lies. We will lodge a complaint with the...
India

“Do not spread lies. We will lodge a complaint with the Election Commission: BJP retaliates against injured Mamata Banerjee 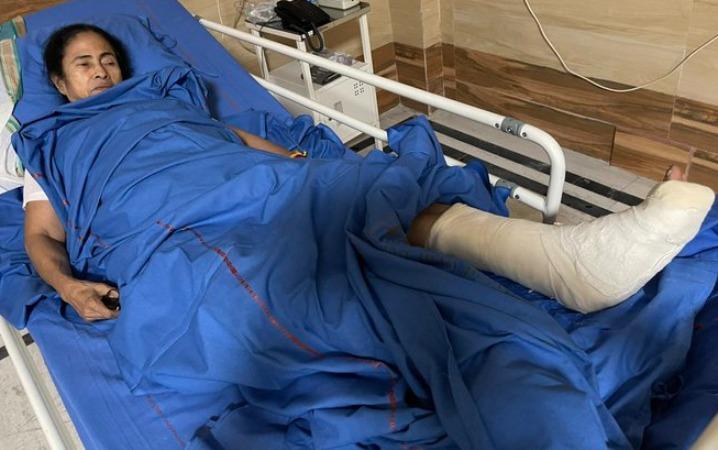 Do not spread lies about the incident where Mamata Banerjee fell down and was injured. We will lodge a complaint with the Election Commission in this regard. BJP Vice President Pratap Banerjee said.

In this situation, the West Bengal Chief Minister to contest in Nandigram constituency Mamta Banerjee The nomination was filed yesterday. When trying to get in the car after filing the petition Mamta Banerjee Fell down. That 4 people had pushed him down Mamta Banerjee Accused. He also said that none of the guards were there at the time.

Following this, Abajit Banerjee, a senior Trinamool Congress leader and cousin of Mamata Banerjee, said on his Twitter page, “On Sunday, May 2, you will see the power of the people of Bengal. BJP Inspires you. Be prepared. ”

Similarly, senior Trinamool Congress leader and state minister Partha Chatterjee has blamed the BJP. He said there was a “conspiracy to weaken Mamata Banerjee and not to go to the polls.”

For this BJP Has retaliated. State of West Bengal in this regard BJP Vice President Pratap Banerjee said:

Mamata Banerjee and the Trinamool Congress have been spreading false rumors that the attack took place. This cannot be accepted at all. This incident was used to campaign politically during the election Mamta Banerjee Looking to take advantage.

We urge a high-level inquiry into what happened when Mamata Banerjee fell, how it happened, who caused it, whether there was no police protection, and if so why there was no security. related to this BJP A complaint will be lodged with the Election Commission on behalf of.