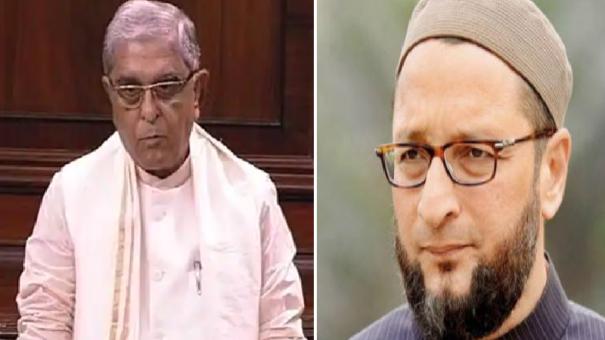 AIMIM party leader Azad Owaisi is involved in an attempt to destroy the country. BJP leader Harnath Singh has said that no one should trust him.

In an interview with the media, Harnath Singh said, “Owaisi is doing what Jinnah did to divide the country before independence.

Earlier in the day, Owaisi had criticized Aurangzeb, Akbar and Shah Jahan for “fuel prices, inflation and unemployment in the country. The prime minister is not responsible for anything”.

Similarly, Owaisi, who has criticized Assam Chief Minister Himanta Biswa, said, “Vimanda Biswa has criticized madrassas. Only those who are really humble will go mad like this to cover up their idea. Did Raja Ram Mohan Roy study in Shaga? Did he study in Madrasa? We teach science as well as science and mathematics. We are really making India beautiful, ”he said.

The BJP leader has said that it is in this context that Owaisi is dividing the country and that Muslims should not trust him.