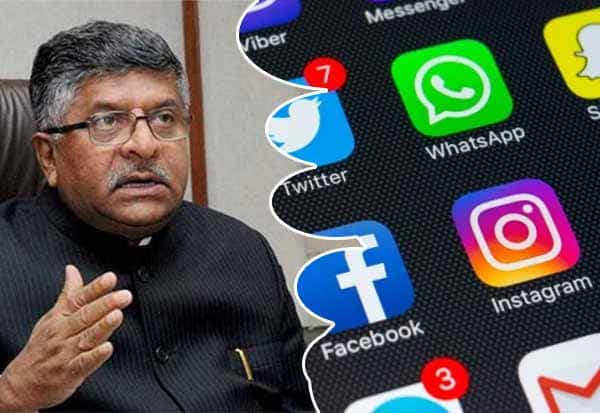 New Delhi: ” There is no restriction on what comments can be posted on social networking sites. At the same time, it is ordered to remove comments that spread slander, ”Union Law Minister Ravi Shankar Prasad told the Rajya Sabha.

When asked about the arrest of environmental activist Disha Ravi for publishing false information on a social networking site, Ravi Shankar Prasad, Union Law Minister of the BJP, replied in the Rajya Sabha: Number of users of various social networking sites in our country. 140 crore. Companies including ‘Facebook, WhatsApp, Twitter’ are allowed to do business here.

Similarly, in the international arena, denigrating India is unacceptable. As such, we have imposed restrictions on social web sites to remove comments that demean women or demean the country within 36 hours. The government does not impose any restrictions on what comments can be posted on social networking sites.

At the same time, it has been ordered to remove such defamatory comments.