Do you forget? Band who scored 97 runs on this same day in 2021: Ashwin-Vihari alliance to protect the team! 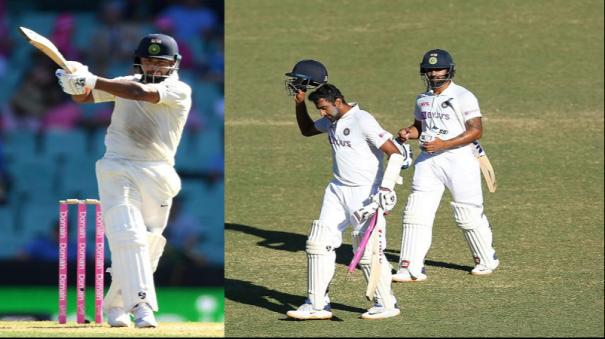 Sydney: One of the memorable Test matches of the Indian cricket team was the Test match held in Sydney, Australia from 07 to 11 January 2021. Indian team did not win this match. The match was tied. The main reason for that is the alliance between Pant, Pujara, Ashwin-Vihari.

In the fourth innings of this match, the Indian team needed to score 407 runs in 138 overs. At the close of play on the fourth day, India had lost 2 wickets for 98 runs. Rahane lost his wicket as play began on the fifth day. Rishabh Pant and Pujara then put on a partnership of 148 runs. Pant scored 97 runs and got out. His innings included 12 fours and 3 sixes. Pujara scored 77 runs off 205 balls.

Ashwin-Vihari Alliance: The Indian team scored 272 runs for the loss of 5 wickets. There were more than 40 overs to play on the fifth day. Ashwin and Vihari joined in that environment and played against the strong bowling of the Australian team. Facing a total of 258 balls, they put on a partnership of 62 runs. Neither lost a wicket till the end. Ashwin scored 39 runs off 128 balls. Vihari scored 23 runs off 161 balls.

At the end of the fifth day, the Indian team scored 334 runs for the loss of 5 wickets. With that, the game ended in a draw. The series was then tied at 1-1. India then won the fourth and final Test at the Gabba. They won the series 2-1 and created history.