Do you forget? Sachin Magic bowled the last over in the 1993 Hero Cup semi-final on this same day 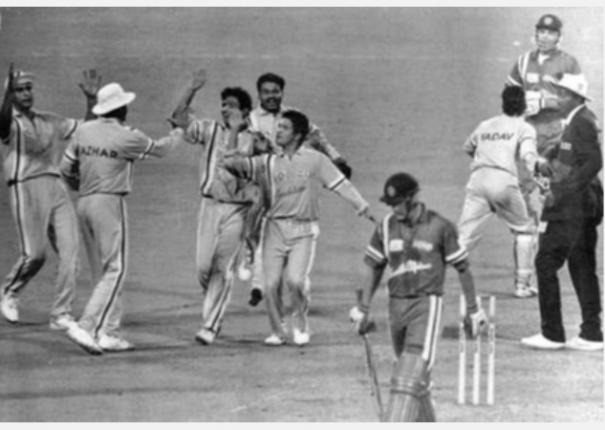 India, Sri Lanka, South Africa, West Indies and Zimbabwe participated in the ODI cricket series in India in 1993 to mark the Diamond Jubilee of the Cricket Association of Bengal. Pakistan pulled out of the series at the last moment.

Batting first at Eden Gardens, India scored 195 runs in 50 overs. South Africa chased down the target of 196 runs. The team needed 6 runs to win in the last over. Then the captain of the Indian team, Azharuddin, asked Sachin to throw the ball. Sachin did not bowl a single over in that match till then.

WATCH: Tendulkar with the Golden Arm!

#OnThisDay in 1993 at Eden Gardens, Kolkata, @sachin_rt bowled the last over of the match when South Africa required 6 runs to win at Eden Gardens in the Hero Cup Semi-final.